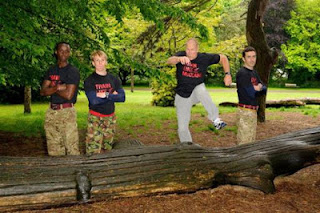 LONDON, UK – Heroes don’t come much tougher than John McClane, and to celebrate the release of A Good Day to Die Hard on DigitalHD™, Blu-ray, Bruce Willis’ no-nonsense cop is now getting his own workout.

Train Like McClane: The Die Hard Workout is a rigorous training session based on team work and designed to promote father and son bonding, much like the newest Die Hard film, in which John McClane (Willis) re-connects with his son Jack (Jai Courtney) in the most extreme circumstances.  Launching in the build-up to Father’s Day, the workout is designed to give fathers and sons – or just friends – a fun and demanding exercise that they can enjoy together.

Larry ‘The Ripper’ Rippekroeger, who has doubled for Bruce Willis in the two most recent Die Hard films, among other action hits, says: “If there’s one thing I’ve learned in my time as a stunt performer it’s that training doesn’t have to be boring.  Whether it’s your father, son, colleagues or friends, if you can find someone to workout with you’re sure to bring out the best in each other.  “Doubling for Bruce Willis over the years has been hugely demanding and I couldn’t have done it without a huge network of support as well as no shortage of dedication and hard work.  Train Like McClane is designed to give you a taste of my Die Hard experiences!” 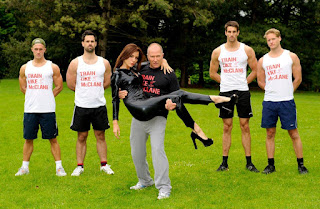 Mo Ahmed, founder of Army Boot Camp Fitness, says: “We’re thrilled to be launching Train Like McClane in partnership with the DigitalHD™, Blu-ray and DVD release of A Good Day To Die Hard and hope that John McClane can be an inspiration to get Brits fit this summer. Our ethos is ‘Get fit and have fun’ and this promises to be as fun as working out can be.

“Like all our instructors, I’ve served in the Army and still work as a fire fighter with East Sussex Fire, so team work is such a crucial part of everything I do.  Train Like McClane is an all-action programme that shows how we can bring out the best in each other and ourselves by working together.”

Train Like McClane: The Die Hard Workout was launched at Alexandra Palace on Thursday 30th May, with Larry Rippenkroeger taking part in the first session.  Scenario based team-work activities included the Die Hard Sprint, Saving the Hostage and Like Father, Like Son Pull-up Challenge. 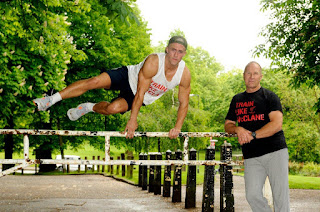 Throughout the month of June anyone wanting to take advantage of the Father’s Day workout can attend as many classes as they want for the discounted rate of £35.

A Good Day to Die Hard is released on DigitalHD™, Blu-ray and DVD on June 10th by Twentieth Century Fox Home Entertainment.
Posted by JD at 10:14