TV: Alan Davies As Yet Untitled 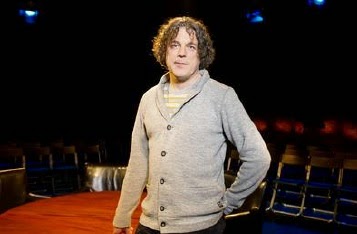 Alan Davies, best known for his lead role in Jonathan Creek and permanent position on the QI panel, hosts this brand new comedy show. The premise is simple; Alan sits round a table with four top funny folk and they talk about anything in front of a studio audience.

Throughout the week Alan is joined at the table by comedians including Bob Mortimer, Noel Fielding, Jason Byrne, Bill Bailey and Ross Noble.

Led by an interesting fact about each guest, anecdotes and hilarious topics of conversation follow. Each episode begins without a title, but by the end Alan and his guests will come up with an appropriate mantle which sums each episode up. Each show has no scripts or rehearsals and the guests don’t have a clue what they are going to be talking about.

Email ThisBlogThis!Share to TwitterShare to FacebookShare to Pinterest
Labels: Alan Davies As Yet Untitled