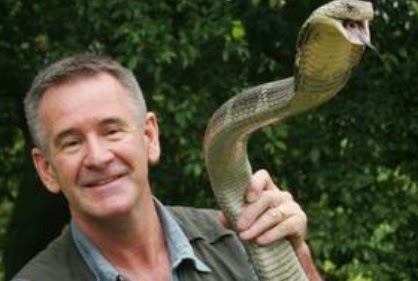 In this action-packed series, wildlife adventurer Nigel Marven visits reptile-rich countries to count down their ten deadliest snakes. While dodging snapping jaws and vicious fangs to come up with his top ten, Nigel joins serpent hunters, venom scientists and snake fanatics, uncovers fascinating facts and behaviours, and meets a supporting cast of other amazing creatures. In the first episode of the series (9pm), Nigel heads to Costa Rica. The South American country has two venomous snakes for every hectare of land, including some of the world’s most feared tropical snakes.

Which of these kings of the jungle will make it to the top of
Nigel’s list? The contenders include the terciopelo, the so-called ‘ultimate pit viper’,
responsible for almost half the bites in the country. Nigel also meets the only rattlesnake in
Latin America, the stunning but deadly cascabel and there’s the world’s largest viper, the 3-
metre bushmaster, which is as long as a family car.

In the second episode (10pm) Nigel heads to the United States of America. The US is the land
of the rattlesnake, with over 30 species of rattler found there. On his journey Nigel comes
face to face with the coral snake; notable for their red, yellow/white, and black coloured
banding and their deadly pair of small fangs.

The final episode (11pm) focusses on South Africa. With almost 2,000 snakebites causing 250
deaths every year, South Africa is a hotspot for deadly snakes, with some of the most feared
serpents in the world. For example the spitting cobra, that has the ability to eject venom
from their fangs when defending themselves against predators.
Posted by JD at 16:16