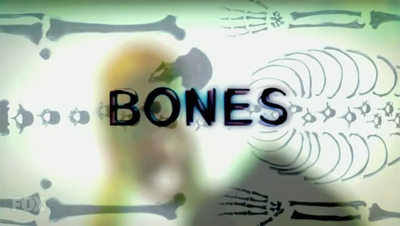 Bones 10x06 "The Lost Love in the Foreign Land" - The Jeffersonian team investigates the murder of an immigrant maid whose remains were found on the side of the road. The victim's wealthy former employer, Sandra Zins (guest star Phyllis Logan), is a key suspect in the case, but when the team discovers that the victim might have been brought into the country illegally, the team realizes the case is much bigger than it seemed. Amidst talks of marriage between Cam and squintern Arastoo, tensions rise between Brennan and Cam as Arastoo prepares his dissertation for Brennan's approval in the all-new 'The Lost Love in the Foreign Land' episode of BONES airing Thursday, November 6th on FOX.

Email ThisBlogThis!Share to TwitterShare to FacebookShare to Pinterest
Labels: Bones