Set in a car showroom, Ordinary Lies is a compelling drama about how a simple lie can spiral out of control.

With drama, tragedy, warmth and humour, each episode focuses on one of the colleagues and friends of JS Motors. From party-loving receptionists, Tracy and Viv, to enigmatic salesman, ‘Paracetemol’ Pete, each new and individual story questions just how well we know the people we work with.

The first episode of the six-part series tells the story of family man and salesman, Marty McLean. Stuck in a rut both at home and at work, when Marty receives his final warning for being late from company boss, Mike, he knows the pressure is on. 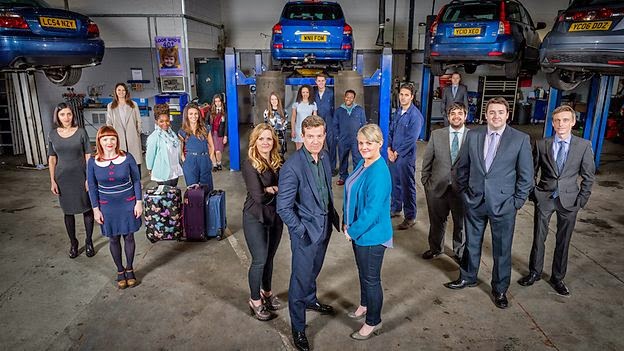 However, when another heavy night of drinking leads to him sleeping through his alarm, Marty fears his number is up. Knowing he is on thin ice, Marty calls work and, in a panicked attempt to save his job, tells the drastic lie that his wife, Katrina, has tragically died.

His colleagues are filled with shock and sympathy for Marty, but as they rally round to help the apparently grieving widower, his lie quickly unravels. The situation is complicated further when Marty forms a close bond with colleague, Grace.

Meanwhile, news of Marty’s loss brings back painful memories for Head of Sales, Beth Corben, whose husband Dave went missing the year before. After receiving mysterious phone calls, she confides in Mike, but with Mike’s marriage hanging in the balance, the chemistry between him and Beth is difficult to ignore.