The Messengers - Inside: The Path to Paradise 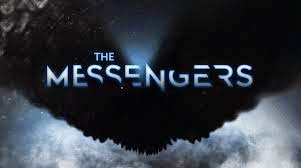 ABOUT The Messengers
In the New Mexico desert, scientist Vera Ivanov watches in fascination as a mysterious object plummets to Earth and explodes, sending out a shock wave that briefly stops her heart. But Vera isn't the only one affected: she's instantly connected to four other strangers, who also collapse only to miraculously come back to life hours later. This group of strangers might be the only hope for preventing the impending Rapture…or causing it.

Email ThisBlogThis!Share to TwitterShare to FacebookShare to Pinterest
Labels: The Messengers