The Outcast: Trailer - BBC One 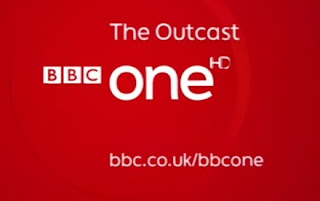 The 2x90-minute drama will be produced by Blueprint Pictures and directed by Iain Softley (The Wings of the Dove).

The Outcast is a deeply romantic, uncomfortably honest coming-of-age story set in booming post-war Britain. The novel has been published in 22 countries and was awarded the Costa First Novel Award as well as being an Orange Prize for Fiction finalist.

Lewis (George Mackay - Pride) is 10 years old when Elizabeth (Hattie Morahan - The Bletchley Circle) his beloved mother dies, leaving him alone with a father, Gilbert (Greg Wise - Sense And Sensibility), he barely knows after years away at war. When Gilbert remarries the fragile Alice (Jessica Brown Findlay - Jamaica Inn), ill-equipped for her new life, Lewis relies on his friendship with neighbouring children Tamsin and Kit (Daisy Bevan - The Two Faces Of January and Jessica Barden - Far From The Madding Crowd). But despite their own father Dicky (Nathaniel Parker - Stardust) not being all he seems, Tamsin and Kit negotiate a safe childhood whilst a grief-stricken Lewis sets about destroying his. All but abandoned by his father, events in Lewis's teenage years begin to spiral out of control and take him further and further away from the help that he needs.

Email ThisBlogThis!Share to TwitterShare to FacebookShare to Pinterest
Labels: The Outcast