Game of Thrones: The Complete Sixth Season - Available to own on Digital Download 28th June 2016 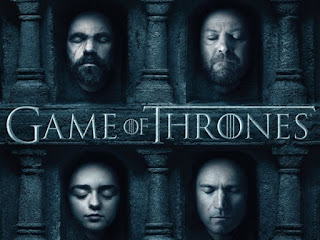 HBO Home Entertainment announces all ten episodes from the sixth season of the global television phenomenon Game of Thrones will be available to own on Digital HD from 28th June 2016. Based on the bestselling fantasy book series by George R.R. Martin, the hit fantasy series chronicles an epic struggle for power in a vast and violent kingdom. Prepare to be immersed in pure spectacle by owning Game of Thrones: The Complete Sixth Season.

Following the shocking developments at the conclusion of season five, including Jon Snow’s bloody fate at the hands of Castle Black mutineers, Daenerys’ near-demise at the fighting pits of Meereen, and Cersei’s public humiliation in the streets of King’s Landing, survivors from all parts of Westeros and Essos regroup to press forward, inexorably, towards their uncertain individual fates. Familiar faces will forge new alliances to bolster their strategic chances at survival, while new characters will emerge to challenge the balance of power in the east, west, north and south.

The Emmy® and Peabody® Award-winning HBO drama Game of Thrones: The Complete Sixth Season on digital download will be available for the suggested pricing of £17.99 (SD) and £23.99 (HD) through several retailers including Amazon Video, BT TV, Google Play, iTunes, Playstation Store, Talk Talk, Microsoft Store, Wuaki.tv. Full season purchase includes “Inside Game of Thrones – Visual Effects” and “Journey to Spain” and through iTunes, the “Dothraki Culture” feature, a look back at their culture and history from the beginning of the series. Digital download gives consumers the opportunity to own their favourite shows to watch instantly and forever across multiple devices.
Posted by JD at 00:00