The Best of Anna Friel

The Best of Anna Friel 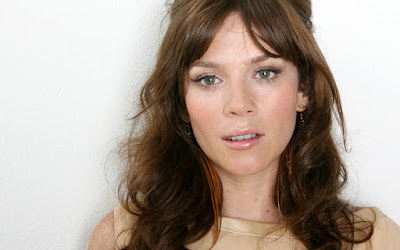 Anna Friel plays Marcella Backland in ITV’s critically acclaimed drama series, Marcella. Created by Hans Rosenfeldt, writer and creator of Nordic drama The Bridge, the series brings the riveting world of the Scandinavian noir thriller to London’s beating heart to create this year’s must-see crime-thriller. The story follows Detective Inspector Marcella, who has returned to work after the breakdown of her marriage, investigating a case that seems disturbingly familiar and leading her to a suspect from her past that seemingly got away. As the case continues Marcella begins to question her own state of mind and ability to solve the crime, after suffering from severe blackouts and violent outbursts. As the story unfolds it appears that no one can be trusted and everyone is brought into contention for being the sadistic killer.

Never backing down from a role, Anna Friel has had a career full of varied and diverse characters, and in celebration of Marcella arriving on DVD and digital download from 20th June through Universal Pictures (UK), we take a look at some of her best work to date.

Brookside
Friel’s first major role in British TV saw her emerge as Beth Jordache in this soap opera set in the suburbs of Liverpool. Even after all these years and experience in the biz, this could be the role Anna is most remembered for, especially as she made television history when she kissed Nicola Stephenson, providing the first on-air lesbian kiss on a British soap. During her two-year run on the show, her character was also victim to abuse from her father and imprisoned for conspiracy to murder him. In 1995, Friel won the National Television Award for Most Popular Actress for her work on the soap opera, and it was onwards and upwards from there...

Pushing Daisies
In Anna’s first venture across the Atlantic (and the debut of her American accent), Pushing Daisies is a quirky, surreal TV series focusing on a man named Ned (Lee Pace) who has the ability to bring dead things back to life with his touch; be it a rotten strawberry or his childhood sweetheart, Chuck (Friel). If Ned touches anything he has revived a second time it dies again, this time permanently, meaning that he can never touch the love of his life again. Chuck obviously makes this particularly hard for Ned, acting extremely sweet and lovely through the two-season run. Racking up 17 Emmy Award nominations (and seven wins) - Anna’s first nomination for Best Supporting Actress - this is certainly one to check out for followers of her diverse and impressive career.

Land of the Lost
Another example of Anna’s diverse range of roles is Land of the Lost, in which she took a step into American comedy alongside the legendary Will Ferrell and Danny McBride. In the film, all three are sucked into a space-time vortex and spat back through time. The band of misfits now has no weapons, few skills and questionable smarts to survive in an alternate universe full of marauding dinosaurs and fantastic creatures from beyond our world. Anna plays Ferrell’s crack-smart research assistant Holly, who eventually proclaims her love for the scientist in the depths of the alternate dimension they find themselves in. Admittedly the special effects could use some work, but Friel holds her own perfectly against these two Hollywood heavyweights!

The Saboteurs
Anna Friel’s interest in taking on Marcella, which draws upon the Nordic noir genre, could be linked to a role she took in 2015 in this Norwegian World War II series about a group of soldiers who destroyed a Nazi-controlled water plant in the mountains of Norway. The drama was split across three different languages including English, Norwegian and German, and Anna Friel played the only fictitious character; Julie Smith, a British agent bombshell who helps plan the Sabotage whilst also creating a lot of sexual chemistry with Norwegian scientist, Leif Tronstad (Espen Klouman Høiner). Friel’s first step into the Nordic dark arts was an impressive one, and surely paved the way for her starring role in Marcella.

American Odyssey
Around the same time as The Saboteurs’ run on British TV, Anna was also kicking ass and taking names as part of a US Army team in Mali, who make the startling discovery that a US corporation is supporting an Islamist terrorist group. Shortly after this revelation is unearthed, Friel’s character Odelle Ballard’s squadron is attacked and mostly killed by their own government in an attempt to cover-up the findings. However Odelle survives and is taken hostage by extremists, facing a major challenge to escape and reveal her government’s secrets to the world. One of the most impressive things about this performance is Anna’s faultless American accent; you’d never have thought she was a born and bred Northerner!

London Boulevard
From one of the more saucy performances in her back catalogue, Friel plays Colin Farrell’s slightly ‘wild’ sister Briony in this sexy, stylish gangster thriller bristling with wit and brutal intrigue. London Boulevard stars Colin Farrell and Keira Knightley as star-crossed lovers who run afoul of one of London's most vicious crime bosses and have to do their best to avoid the inevitable consequences. Friel spends most of the film drunk and causing mischief, bringing a burst of cheekiness to the audience in every scene, and becoming an increasing nuisance for Mr. Farrell’s cheeky protagonist. Never shying away from an accent, it seems Cockney is another one that she’s got in her locker!

Marcella
From the mind of Hans Rosenfeldt, creator of the Scandi-Noir drama The Bridge, this hit ITV drama could be one of Friel’s most acclaimed roles yet, with her performance drawing plaudits through the realism and raw emotion that she brings to the title role. In her long awaited return to British TV, Friel plays a detective who recently returned to the force, and she becomes involved in the investigation of a serial murder case where the modus operandi of the killer bears a striking resemblance to an unsolved case she was previously involved in. With everyone a potential suspect or victim, Marcella must determine if an old hunch has come back to haunt her, or if her own fragile state of mind is placing her in the frame. The series takes many twists and turns and by the end of it you’ll even be suspecting yourself as the killer, no one is free of suspicion, even Marcella herself...

***
MARCELLA IS AVAILABLE ON DIGITAL DOWNLOAD AND DVD FROM 20th JUNE, 2016, FROM UNIVERSAL PICTURES (UK) 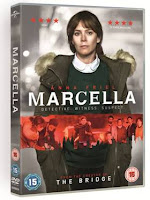