The Five: Who’s Who? 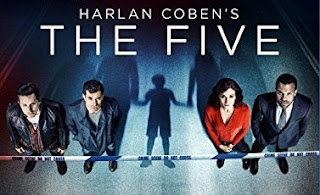 From the pen of international best-selling crime author Harlan Coben, the thrilling ten part series The Five picks up at the reunion of four friends bound together by one dark secret.

Flash back to four 12-year olds, Mark, Pru, Danny and Slade exploring the woods when they are interrupted by Mark’s bothersome five-year-old brother, Jesse.  Unaware of the subsequent consequences of their actions, the older crew tells Jessie to get lost.  Jesse runs away, never to be seen again...

All grown up, Danny – now a detective – learns that Jesse’s DNA has been found at a murder scene. Forcing everyone to ask the question, “is Jesse alive?”  Now Mark, Pru, Danny, and Slade must reunite to uncover a trail of horrifying twists, and turns that they hope will solve the mystery of Jesse’s disappearance.

Available on Blu-ray, DVD & Digital HD from July 4th, 2016, The Five will keep you guessing right to the very end.  With a cast of characters every bit as complex as their harrowing tale, let’s take a minute to meet the breakout actors that kept audiences on the edge of their seats up until the thrilling series finale. 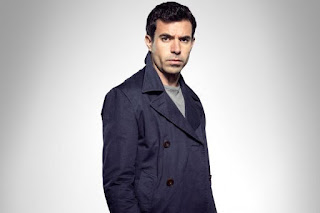 It is hard to forget hunky Welshman Tom Cullen from his run on Downton Abbey as Mary Crawley’s season 4 man, the charming  Lord Gillingham.  However, don’t be fooled by his dashing good looks, this classically trained son of two former actors offers up much more than just a pretty face.  Splitting time between the U.K and Los Angeles, Cullen has built up an impressive body of work on both sides of the pond.  He recently played the role of Joe Rose in the ITV drama The Trials of Jimmy Rose, and is looking forward to an upcoming part in a new American series, Knightfall produced by blockbuster action star Jeremy Renner.  On The Five, Cullen plays Mark Wells, Jessie’s tortured older brother.  Mark has never quite recovered since his younger brother’s disappearance.  Now a lawyer, he spends his free time helping out with missing person’s cases.  With renewed hope of Jessie’s existence, Mark is hell-bent on discovering the truth about what really happened the day that Jessie disappeared. 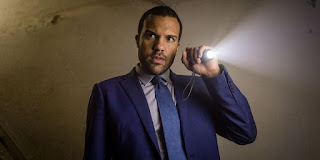 O.T or Olatunde Olateju Olaolorun Fagbenle is quite the modern century Renaissance man.  Born in London to Nigerian parents, Fagbenle spent some of his childhood in Spain where he first discovered his talent for music.  In his youth, he travelled all over Europe playing the saxophone with various orchestras.  The young talent then expanded his interests to acting, receiving the first serious accolades for his craft on the stage.  Eventually moving to film and TV, Fagbenle recently won a MViSA award for BEST MALE ACTOR for his role in The Interceptor, and appeared in the American HBO series, Looking.  In The Five, Fagbenle plays Danny Kenwood, an often sarcastic but charming detective.  Danny is the first to find Jessie’s DNA at the scene of a crime he is investigating, and he immediately alerts his childhood friends so they can try to solve this mystery together. 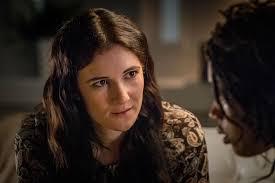 A native Londoner, Sarah Solemani attended Cambridge University where she was an active member of the Footlights Dramatic Club.  Post graduation, Solemani was a resident writer for The Old Vic Theatre, and wrote two plays produced at the Soho theatre.  The multifaceted beauty with a knack for comedy then landed roles on BBC Three comedies Him & Her, and Jack Whitehall’s Bad Education which was subsequently made into a feature film.  Just to keep us guessing, in The Five, Solemani tackles an entirely different kind of role. Her authentic portrayal of Dr. Pru Carew illustrates the actress is equally as capable of dramatic acting as she is comedic.  Unlike her peers, in the time following Jesse’s death, Pru left England to work as a doctor in the states.  She returns to England after two years to help look into Jessie’s disappearance, and possibly confront Mark about feelings from the past. 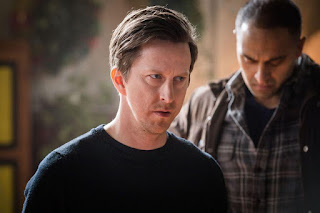 While we know Lee Ingleby from his portrayal of Jim McGovern, struggling father to an Autistic son in BBC drama The A Word, and Detective John Bacchus in the BBC’s Detective George Gently, in The Five Ingleby too takes on a much different role.  Ingleby plays Slade, a complicated and solitary figure who takes up the resident mysterious bad boy role of the crew.  He runs a homeless shelter, and despite his close relationship with Mark, there are many things he does not know about Slade’s questionable past. 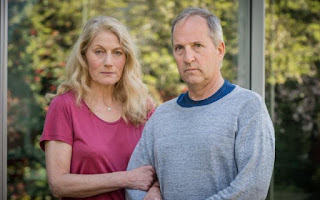 Four time BAFTA TV Award nominee, Geraldine James has had a long and seasoned acting career beginning on the stage where she was nominated for a Tony award for her performance as Portia in The Merchant of Venice opposite American screen legend Dustin Hoffman. She then expanded into television and film later on in her career with roles in The Girl with The Dragon Tattoo, Sherlock Holmes and most recently on the small screen as MI5 Spy Milner on Channel 4’s Utopia. In The Five, Geraldine takes on the challenging role of Julie Wells, mother to Jessie and Mark.  Julie is a mother who, after grieving her son for twenty years, is suddenly given hope again.  Her life is turned upside down, and she is frantic because as perfect as she may seem on the outside, she has a few secrets of her own as well.

The Five is available on Blu-ray, DVD and Digital HD from
July 4, 2016, courtesy of STUDIOCANAL

Email ThisBlogThis!Share to TwitterShare to FacebookShare to Pinterest
Labels: The Five