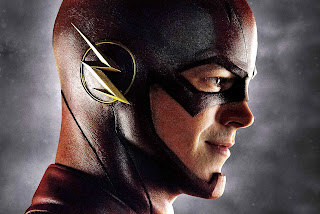 It’s no secret that TV spin-off shows can be a challenge to get right, and there are plenty of examples of failed attempts. That being said, some of the best shows have created equally popular spin-offs, from Cheers and Frasier to Dr Who and Torchwood. To celebrate the DVD and Blu-ray release of the second season of DC’s own epic spin-off THE FLASH on September 12, here are some of the best and most successful ones, past and present:

The Flash
The TV series The Flash is a spin-off of fellow DC series, Arrow. Barry Allen (Grant Gustin), who also appears in Arrow, is a Central City police forensic scientist with a reasonably happy life. However, this all changes when a massive particle accelerator accident leads to Barry being struck by lightning in his lab. Coming out of coma nine months later, Barry finds that he now has the ability to move at superhuman speed and decides to become The Flash. The first season won the People's Choice Award for "Favourite New TV Drama".

Better Call Saul
Creators Vince Gilligan and Peter Gould recreated some of the brilliance of Breaking Bad in the spin-off prequel Better Call Saul. This series follows the story of small-time lawyer James Morgan "Jimmy" McGill (Bob Odenkirk) on his journey to becoming his alter-ego Saul Goodman. Saul is not the only Breaking Bad character seen in the series, drug lord Tuco Salamanca and hitman Mike Ehrmantraut also make appearances. The show is in its second series and has received critical acclaim.

Frasier
Frasier was created as a spin-off of Cheers, continuing the story of psychiatrist Frasier Crane as he returned to his hometown of Seattle and started building a new life. It revolves heavily around his life as a radio host and his family, particularly his brother and dad. The series was critically acclaimed and became one of the most successful spin-off series in American television history.

Torchwood
This spin-off, which starred John Barrowman as Captain Jack Harkness and Eve Myles as Gwen Cooper, originated from the 2005 revival of Doctor Who. It was highly successful and ran for 4 series following the adventures of a small team of alien hunters, who make up the Torchwood Institute.

Fear the Walking Dead
The hugely popular zombie apocalypse series The Walking Dead produced a companion series and prequel, Fear the Walking Dead. Set in LA, a dysfunctional family composed of high school guidance counsellor Madison, boyfriend Travis, daughter Alicia, drug-addicted son Nick, and Travis' son from a previous marriage, Chris are forced to fight for survival during the onset of the zombie apocalypse. Due to its popularity, the show has recently been renewed for a third series.

Ashes to Ashes
The BBC crime drama served as the sequel to the much celebrated Life on Mars, with 3 seasons, coming to an end in 2010. Swapping his Ford Cortina for an Audi Quattro, DCI Gene Hunt, (Philip Glenister) finds himself on the mean streets of 1980’s London. Hunt is joined by a new female detective, DI Alex Drake (Keeley Hawes).  Drake, like Sam Tyler in Life On Mars, has travelled from the future after being shot in 2008.

Angel
From the same creator as Buffy the Vampire Slayer, Joss Whedon, Angel focuses on the vampire character of the same name as he moves to LA in a quest for redemption. The story follows Angel as he helps the downtrodden citizens of LA by averting the supernatural creatures that prey on them, in the hopes of making up for his past evil deeds.

Own The Flash: The Complete Second Season on Blu-ray & DVD September 12
Posted by JD at 17:13