Will (TNT) "No One" Teaser Promo HD 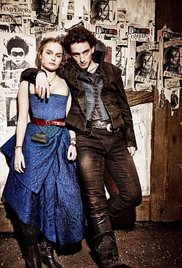 Will is an upcoming American television series about the (fictional) life of William Shakespeare in his early 20s. The series has been ordered for a first season containing 10 episodes, on May 18, 2016 to be broadcast on TNT.

Email ThisBlogThis!Share to TwitterShare to FacebookShare to Pinterest
Labels: Will