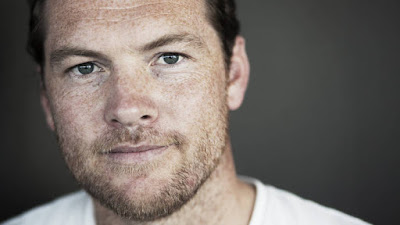 After making a name for himself in his home country of Australia, Sam Worthington decided to make the trip to Hollywood and attempt to join film’s elite players. Now, following a meteoric rise to fame courtesy of starring in the biggest film of all time, Avatar, he has made a name for himself as a star with shoulders broad enough to carry the biggest blockbuster films, while also having the ability to stand out among some of the best ensemble casts of recent memory. Truly, the man has got it all!

As his latest film, explosive thriller The Hunter’s Prayer, is now out on digital platforms before arriving on DVD and from 4th September, there’s no better time to take a look at some of the best roles of his career.

Avatar (2009)
Undoubtedly seen as his breakout hit, Worthington’s stand-out performance in James Cameron’s mega smash hit blockbuster, Avatar, made him a major part of one of the most successful films in box office history. In the film, Worthington plays Jake Sully, an ex-Marine who finds himself thrust into hostilities on an alien planet filled with exotic life forms. As an Avatar - a human mind in an alien body - he finds himself torn between two worlds, in a desperate fight for his own survival and that of the indigenous people. This film catapulted a somewhat unknown Mr Worthington into the spotlight of Hollywood, and he’s never looked back, with up to four sequels of the film in the works. Ker-ching!

The Debt (2011)
After the monumental success of Avatar, Worthington was eager to put his acting chops to the test once again. The opportunity came along pretty quickly in this gripping WWII thriller, giving him the chance to play opposite an all-star cast, including Helen Mirren, Tom Wilkinson and Jessica Chastain. Worthington stars as a younger version of Mirren and Wilkinson’s former secret agent partner in the film’s flashback sequences, attempting to track down a WWII war criminal in East Berlin. While still giving him the ability to draw upon his action credentials, the role demands for Worthington to give an extremely intense performance, which he delivers with flying colours!

Clash of the Titans (2010) / Wrath of the Titans (2012)
Worthington was given the chance to cement himself as an A-List Hollywood blockbuster star. Instead of looking to the future as he did with his previous big budget smash, he travelled back in time into the world of ancient Greek mythology with the remake of the 80’s spectacular film Clash of the Titans.  Worthington plays demigod Perseus who grows up to seek vengeance on Zeus' brother Hades who wiped out his entire family. To do this he has to prove to them just how dangerous humans can be to their creators, which, as it happens, is no easy task! Despite an incredible array of gargantuan CGI effects, Worthington’s performance is far from lost in the background, and carries the film’s bonkers plot across from beginning to end. Worthington also returned for the epic 2012 sequel Wrath of the Titans, continuing his quest to prove himself to cinema goers across the nation.

Man on a Ledge (2012)
For Worthington’s next role he joined another stellar cast for the gripping crime thriller Man on a Ledge. The film, which also stars Elizabeth Banks, Ed Helms and Jamie Bell, sees Worthington’s ex-cop and now wanted fugitive stand on the ledge of a high-rise building while a hard-living New York Police Department negotiator (Banks) tries to talk him down. As she continues to try and talk him down, the story as to why he’s out there begins to unravel, and ulterior motives are revealed. Worthington’s riveting performance helps keep the story of the film together as the plot twists and turns into unexpected avenues, whilst also displaying his incredible balance, as he stands on the ledge for the film’s full running time. Full of talents this one!

Kidnapping Mr. Heineken (2015)
For his next role, Worthington took on the challenge of kidnapping Sir Anthony Hopkins, in the true story of when a group of childhood friends pulled off the crime of the century: kidnapping one of the richest men in the world, the heir of the Heineken beer empire. The shocking capture--by gunpoint in broad daylight on the streets of Amsterdam--resulted in the largest ransom ever paid for a kidnapped individual. As you’ll also see in his latest outing (see below), the hard-as-brass Aussie fits in perfectly as the gun toting anti-hero with a point to prove.

Hacksaw Ridge (2016)
2016 saw Worthington test his acting credentials yet again, this time teaming up with fellow Aussie Mel Gibson in the Oscar and BAFTA nominated Hacksaw Ridge. The film follows Desmond Doss (Andrew Garfield) who, in Okinawa during the bloodiest battle of WWII, saved 75 men without firing or carrying a gun. Worthington plays Captain Glover, who nurtures Garfield into a skilled and committed battlefield medic, and although he may not understand Doss’s peaceful views toward the brutality of the battlefield at first, his journey leads him to put his full faith in Doss. Worthington gives one of the most powerful performances of his career, further solidifying his reputation as a bankable Hollywood star.

The Hunter’s Prayer (2017)
Worthington’s latest release sees him attempt to outgun and outsmart the opposition in the intense thriller; The Hunter’s Prayer. His character, Lucas, is a solitary assassin who is hired to kill a young woman, Ella. But when he can't bring himself to pull the trigger the plan falls apart, setting in motion a twisted game of cat and mouse with both now marked for death. Forced into an uneasy alliance, the pair is relentlessly pursued across Europe, with their only hope for survival lying in the exposure of those responsible for the brutal murder of Ella’s family... Worthington looks every inch the action hero punching and shooting his way through European streets, whilst also adding sentimentality to the role, as his character faces a true crisis of conscience. A must-see for fans of action thrillers – and of the man’s work.


THE HUNTER’S PRAYER is available on digital platforms now, and on DVD from September 4th, 2017
Posted by JD at 14:57