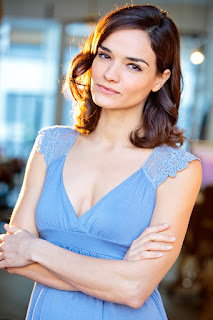 Actress Jamie Bernadette (All Girls Weekend, The 6TH Friend) joins NCIS : New Orleans. The actress made her debut as Callie Tillford, a Russian sleeper agent sent to take out one of her own, in last night’s episode ‘The Asset’.

It is expected that CBS will bring the character back – if even to answer all of the questions posed during tonight’s episode – for an extended arc.

N.C.I.S : New Orleans marks Bernadette’s first prime time network TV credit though she has starred in numerous independent films. Her leading role in the horror film “The 6th Friend”, which she also produced and co-wrote, has garnered her many Best Actress awards on the film festival circuit and the snared many Best Feature Film awards. The film releases in 2018. Upcoming credits include I Spit on Your Grave : Déjà Vu, State of Desolation, and the thriller American Satan, starring Malcolm McDowell.