Once Upon a Time Season 7 "Legend Reborn" Promo (HD) 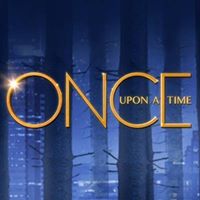 Henry leaves Storybrooke in search of his own story. Years later in another realm, he encounters a troubled Cinderella, changing the trajectory of his quest forever. When Cinderella’s evil step-mother, Lady Tremaine, poses a threat, Henry discovers that following his heart will require him to make more difficult choices than he ever could have imagined. Years later, a young Lucy finds a disillusioned Henry at his home in Seattle, determined to make him remember his true self in order to defeat the curse afflicting the fairytale characters of “Hyperion Heights” in the Season 7 premiere of Once Upon a Time, Friday, October 6th on ABC.

Email ThisBlogThis!Share to TwitterShare to FacebookShare to Pinterest
Labels: Once Upon a Time