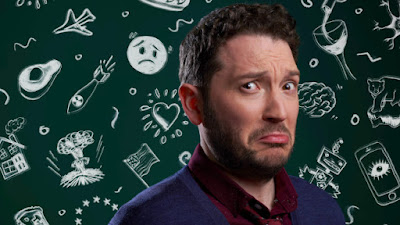 Wednesday 16th May, 10pm
S1E1/8. The Home
Award-winning comedian Jon Richardson comes to Dave for the first time with a brand-new, eight-part UKTV Original series, where he attempts to analyse, assess and log every worry that's ever been had.

Will his wife replace him with a robot? Does his phone know more about him than he does? Will he die an embarrassing death? Which of these worries should he worry about the most?

To help him with this colossal task, Jon is joined each week in the studio by two big name comedians including Jack Dee, Romesh Ranganathan, Sara Pascoe, Rob Beckett, Jonathan Ross, Victoria Coren-Mitchell and wife Lucy Beaumont as well as a series of experts. Using a hilarious mix of informative demonstrations and illustrative archive, Jon and his guests will explore exactly how severe each worry actually is before filing it accordingly in Jon's very own 'Worry Index' - a high-tech digital log of every anxiety in existence.

Ever worried about laboratory-grown meat, accidentally touching penises via a toilet door or the impending nuclear apocalypse? Then join Jon Richardson: Ultimate Worrier as he hilariously works out exactly how worried the British public should be about everything there is to worry about.

Jon is joined by Josh Widdicombe and Suzi Ruffell to address worries around the home - are people sleeping badly? Is it possible to be bored? Are people loading their dishwashers incorrectly? They won't solve anything, but they will rank them according to severity in a nice tiered system which helps Jon's nerves. 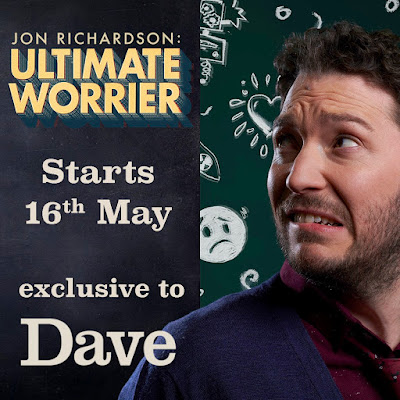