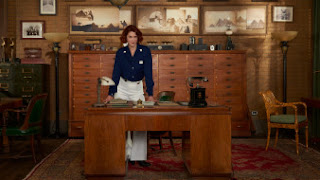 Production has begun on the second season of Shaftesbury's 1920s-set Frankie Drake Mysteries, a co-production with CBC and UKTV and distributed by Kew Media Group.

Season one saw secrets emerge from Frankie's tightly hidden past, from discovering her mother alive and working as a con woman, to her friends uncovering her past as a spy. In the sophomore season, cases will take Frankie and her team of gal pals across prohibition-era Toronto, from renowned museums and high fashion houses, to dance halls and baseball leagues. Season one of the series garnered an audience average of 782,000 on CBC, making it CBC's second-most-watched drama of the current broadcast season*. Starring Lauren Lee Smith (The Shape of Water, The Listener, The L Word), the homegrown hit series will film on location in Ontario this summer.

"There has never been a more exciting and important time for sharing women's stories, creating new role models, and changing perceptions of what women can do. Frankie Drake Mysteries is a detective drama set in 1920s Toronto featuring four brave and adventurous women working together to solve cases and fight crime - often in opposition of society's expectations of a woman's place in the world at that time," said Christina Jennings, Chairman & CEO, Shaftesbury / Executive Producer, Frankie Drake Mysteries. "Viewers connected with these strong characters in season one; we're thrilled to bring more of these stories to life and continue working with our incredible cast, led by Lauren Lee Smith."

"We're proud of the dynamic storytelling and all-female lead cast featured in Frankie Drake Mysteries that clearly resonated with Canadian audiences throughout the first season," said Sally Catto, general manager, programming, CBC. "We look forward to offering our viewers even more of the action, adventure and drama that made this series a favourite in its first year."

Frankie Drake Mysteries series one launched on UKTV's Alibi channel in January 2018. The show remains one of Alibi's top-performing shows of the year alongside Murdoch Mysteries and is up 210% on slot on average.

Frankie Drake Mysterieslaunched with huge success on UKTV's premium crime drama channel Alibi. The UK fell in love with Frankie's dynamism. We are delighted to work with Shaftesbury again to co-produce another successful season and can't wait for more action and adventure with Frankie and her team of detectives!

Greg Phillips, President of Distribution at Kew Media Group), commented: "Well-executed dramas featuring talented, strong female leads have always been popular, but are in particularly high demand right now. With the added bonus of becoming a higher volume series, Frankie Drake Mysteries holds even greater appeal internationally. It's great to be partnering again with the excellent team at Shaftesbury to bring more eagerly anticipated episodes to our buyers and viewers around the world."

Set in 1920s Toronto, Frankie Drake Mysteriesfollows the city's only female private detectives as they take on the cases the police don't want to touch. In a time of change and hopefulness, their gender is their biggest advantage as they defy expectations and rebel against convention. Their cases take them through every cross-section of Toronto, meeting people of all backgrounds and means, as well as historical characters, along the way. Frankie and Trudy's fearless sense of adventure gets them into all kinds of trouble, but they always manage to find a way out. They are new detectives for a new world - but is the world ready for them? 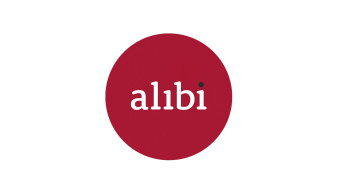