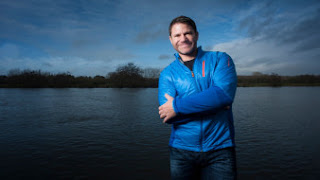 UKTV has partnered with the BBC and FremantleMedia International on a groundbreaking collaboration for an ambitious, prime-time adventure series filled with world firsts. These include: the first descent of a white-water river in the Himalayas; trekking through unexplored jungle in South America; and climbing mountains in the deserts of the Middle East. Expedition with Steve Backshall will follow Steve, his team of world-class experts and his film crew, as they venture into uncharted territory.

If you think our planet was explored long ago, think again. There are still dark and forgotten corners of our world with hidden secrets and we plan to reveal them.

Steve is accompanied by a world class film crew who will document the journey and feature on camera throughout the series. The filming of the expedition is as much a part of the story as the exploration of each out-of-this-world location. To be successful, Steve and his adventurist experts - including divers, kayakers and mountaineers - will have to rely on each other and the power of extraordinary teamwork.

Made by True to Nature, the first four, hour-long episodes will premiere on BBC TWO in 2019. Dave will premiere six exclusive episodes later in the year followed by its own versions of the BBC's episodes. FremantleMedia International has secured global distribution rights.

This is a truly innovative commissioning model that forges an exciting new partnership between two of Britain's leading free to air broadcasters. The fact that both the BBC and Fremantle want to invest in Expedition is a testament to the spectacular scale of this project. Our strategy to raise UKTV Originals to new heights is gathering pace. Steve Backshall has a huge fan base amongst Dave viewers of all ages and I can't wait to see how the incredible trust and companionship of Steve's expert team combine to achieve a number of newsworthy world firsts.

Steve's last two expeditions for BBC TWO were adrenalised, immersive and wowed the audience so we're delighted to be working with UKTV and True to Nature to premiere his next adventures. Steve is unique, brave and adventurous. But also hugely inquisitive, insightful and knowledgeable - the perfect mix for contemporary Specialist Factual at the BBC.

We're delighted to partner with the world-class team at True to Nature, the adventure daredevil Steve Backshall, UKTV and BBC for Expedition. Steve will take global audiences on an epic journey of wonder and awe, and we're looking forward to working with broadcasters internationally to build Expedition into a global brand. We're always on the lookout to partner with producers that can bring us the best in factual programming and jaw-dropping television experiences. Wendy and her team deliver just that."

I couldn't wish to be working alongside a more talented, experienced and dedicated team of creatives in production, broadcast and distribution, to realise the ambition for our world first premium factual global series. Steve Backshall is a skilled naturalist and explorer who will take viewers on a fascinating journey to reveal the natural mysteries and treasures of our planet. 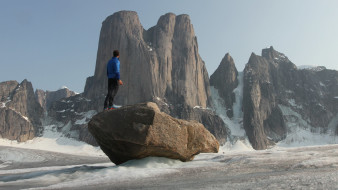