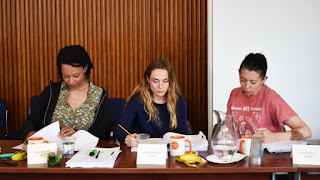 UKTV has partnered with RTÉ to bring Women on the Verge (6x40), a brand new scripted drama which will air on UKTV's premium entertainment channel, W in the UK and RTÉ in Ireland. The six-part series will be co-produced by Merman and House Productions.

Women on the Verge is based on the best-selling book Woman on the Verge of a Nervous Breakdown by Lorna Martin, which in turn was based on her much loved Grazia column 'Conversations With My Therapist'.

Kerry Condon (Three Billboards, Rome, Better Call Saul), Nina Sosanya (Marcella, W1A, Last Tango in Halifax) and Eileen Walsh (Catastrophe, Patrick Melrose) star in the series which will air on W later this year. The project was picked up in 2011 by Sharon Horgan, who has since been working with Lorna to turn the subject matter into a frank, hilarious and often shocking half-hour UKTV Original drama.

Lorna Martin said:
I feel incredibly lucky to be working with such outstandingly talented people to bring these stories to life. The show is a love letter to women who haven't ticked all the boxes and whose lives are a bit messier and more complicated than they ever thought they'd be.

Set in Dublin, Women on the Verge tells the darkly comic tale of three career-driven friends in their 30's, at various stages of their lives, who share the same nagging concern - that whilst their friends and colleagues seem to be increasingly in control of their lives, their own lives seem to be moving in the opposite direction.

Kerry Condon will play Laura, who is in the process of potentially ruining her career in investigative journalism by sleeping with her boss. Her ambitions take a knock however when she appears to be supplanted in his affections by a bright and talented young blogger called Samara. Laura is persuaded by Katie, played by Nina Sosanya, to seek professional help for her many issues in the form of a long-term commitment to intensive psychotherapy with the enigmatic 'Dr F' - who will be played by Sharon Horgan.

Divorced and single, Katie has recently contemplated a course of IVF to 'complete' her family without a man and have a much longed for sibling for her young daughter Ella. Meanwhile, Alison, played by Eileen Walsh, completes the trio as a character who, after a series of disastrous and border-line scary Tinder-based one-night stands, finds herself back together with her ex Martin. Alison is hooked up to an electronic device that measures her fertility cycle and describes sex with Martin as 'not too bad really, now that there's some sort of point to it'.

Pete Thornton, senior commissioning editor at UKTV said:
The chance to bring this project to life for W represents an exciting opportunity for us as a broadcaster, and for W as a channel. We're delighted to be working with the talented and much in demand teams at Merman and House Productions alongside a brilliant cast - led by the extraordinary Kerry Condon - to delve into the chaotic, sometimes tragic but always gripping lives of Laura, Katie and Alison.

The series has been ordered by UKTV's director of commissioning Richard Watsham and Steve North, genre manager for entertainment and comedy. Created by Sharon Horgan and Lorna Martin, Women on the Verge will be directed by Annie Griffin (The Book Club, Fresh Meat) with Gavin O'Grady (Popatron, I Don't Like Mondays) as producer. Clelia Mountford and Sharon Horgan will executive produce for Merman alongside Juliette Howell and Tessa Ross for House Productions, whilst commissioning editors for scripted content Pete Thornton and Joe McVey executive produce for UKTV.

Adam Collings, channel director for W added:
Women on the Verge offers a highly original, no holds barred take on a subject matter that will be instinctively familiar to the W audience. Taking the gloss of Sex and the City, combined with the brutal honesty of Girls, this is a project unlike anything else on British TV.

Merman co-founders Clelia Mountford and Sharon Horgan added:
"We were huge fans of Lorna's book 'woman on the verge of a nervous breakdown' that told her personal story so compellingly and honestly. We are very happy that we're finally getting to bring her story to the screen and destroy whatever privacy she has left."

Juliette Howell, executive producer for House said:
"House are thrilled to be working with such a talented team on this sparklingly funny, truthful and original comedy for UKTV. With razor sharp scripts from Lorna Martin, and a top flight cast, helmed by the brilliant Annie Griffin, this is the one to watch."

Justin Healy, executive producer for comedy at RTÉ added:
"We are delighted to be working with Sharon Horgan, Merman and House Productions on this Dublin based comedy drama. The writing and performing talent across the series is phenomenal, and we are thrilled to be partnering with UKTV to bring this Irish comedy not just to RTÉ, but to a UK audience.

"The fact that UKTV and Sharon were keen produce an Irish scripted comedy is testament to the fact that Irish people are incredibly funny and that we have some of the best creative comic voices around, something we will continue to develop and support at home and internationally."

Women on the Verge is the latest addition to W's growing slate of UKTV Originals which includes recently announced scripted series Flack starring Anna Paquin, Sophie Okonedo and Lydia Wilson. W also welcomes Emma Willis to the channel this summer in Emma Willis: Delivering Babies and extend its 'Inside the...' franchise with Inside the Vets. 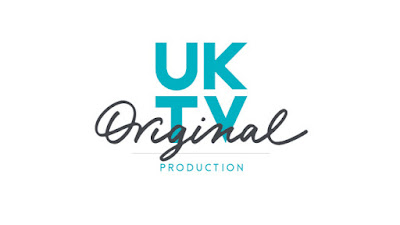