Dave gets back in the garage with more Yianni: Supercar Customiser 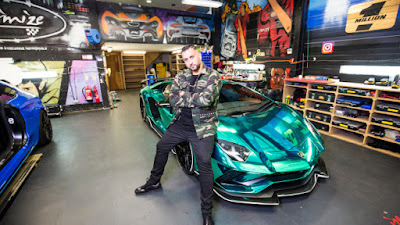 UKTV's award winning entertainment channel Dave has commissioned a second series of celebrity car wrapper Yianni Charalambous' UKTV Original show Yianni: Supercar Customiser (20x30'). The first brought in just shy of half a million new viewers to the channel and is one of the most-watched series on streaming service UKTV Play in 2018.

Social media sensation Yianni, who has over a million subscribers to his YouTube channel, will once again lift the garage doors for a fresh series of Yianni: Supercar Customiser showcasing even more of his flash and wild customisations for some of the biggest names in entertainment and sport.

Yianni said:
I had a fantastic time filming series one and am so excited to be back for a second series on Dave. I like to push myself when working on projects and series one went down so well I need series two to be even better. It's shaping up to include more extraordinary cars being transformed by my wonderful team. I can't wait for everyone to see the results!

Hilary Rosen, UKTV deputy director of commissioning, said:
Yianni has star quality. He's a truly engaging new talent and Barcroft delivered a superb first series. I'm delighted to be working with them again and I'm looking forward to heading back to the garage and seeing what Yianni and his team are planning to deliver this time around.

Luke Hales, Dave channel director, said:
Yianni's energy and the characters at the garage proved to be must-see TV for a whole host of new viewers for Dave. Returning to the garage we will see how life has changed for Yianni as his profile and that of his clients continues to grow. Expect to see some wraps that will blow the doors off.

Peter Wyles said:
We are really excited to be back for another series. Yianni's infectious personality has resonated with a whole new audience on Dave, while also giving his own loyal followers an opportunity to see much more of him. The new series will feature great new characters and stories, a bunch of familiar faces and a host of celebrities.

The new series of Yianni: Supercar Customiser is another exciting addition to the raft of UKTV Originals coming to Dave. In 2018 Dave has also premiered Jon Richardson: Ultimate Worrier and The Horne Section Television Programme, with brand new game show Beat The Internet with John Robins to come, alongside returning viewer favourites such as Taskmaster, Unspun with Matt Forde, Dara O Briain's Go 8 Bit and the forthcoming new series of Zapped and Porters. Expedition with Steve Backshall, airs in 2019. 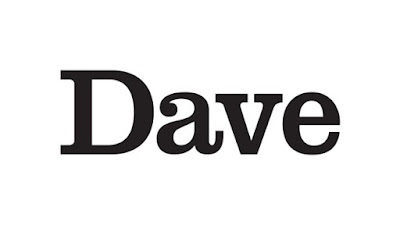 Email ThisBlogThis!Share to TwitterShare to FacebookShare to Pinterest
Labels: Yianni