Josh Widdicombe and James Acaster get Hypothetical with Dave 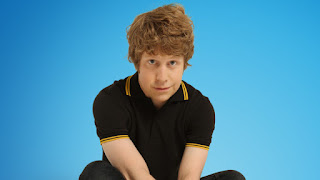 Produced by Hat Trick Productions, this new show will test two teams of comedians on their ability to deal with a series of ridiculous Hypothetical scenarios:

You have to live in a motorway services for a year, how do you cope?

You have to take a selfie with Nicolas Cage within 48 hours or you die - how do you do it?

You've been booked for the Royal Variety Performance with an hour to spare - you can't do comedy - what do you do?

Each hypothetical will be posed by Josh while James' job is to enforce ridiculous rules and score the guests' attempts at dealing with them. None of the guests see the hypotheticals beforehand and Josh and James take great delight in throwing them curveballs as the show progresses - it's a proper comedic work-out.

I have spent the last decade of my life annoying other comics with these questions in cars and dressing rooms so I am delighted Dave have allowed me to claim that I was in fact researching a show and not just wasting everyone's time. More to the point I cannot wait to work alongside the man who makes me laugh more than anyone else in comedy. I just hope this goes better than our 2009 Edinburgh show (one star, Three Weeks magazine).

The only thing that isn't hypothetical about Hypothetical is how awesome it's going to be. It's the show Josh was born to host and the show I was adopted into in order to help out with. The guests are top notch, the questions are first class and answers are guaranteed to be craaaazzzzzzyyyyy!!!!!


Every hypothetical results in a hugely entertaining discussion (with plenty of play-at-home fun on offer), as well as in-studio stunts, hilarious archive, location VT's and even the odd celebrity cameo.

When I was pitched Hypothetical my first thought was 'Seriously, no-one's given Josh Widdicombe his own comedy ents show on TV before?'. It's therefore a real testament to Dave that he's come to us and obviously we bit his hand off. And as it's being produced by Stu Mather we bit his other hand off. Fortunately, he's assisted by James Acaster so a lack of hands shouldn't be a problem.

We are really happy to be welcoming Josh and James to the channel as they are perfectly suited to Dave's brand of smart wit. We loved the format when it landed on our desks - in a world of semi-scripted panel shows it really stood out from the pack and felt fresh and different. The format forces improvisation and you get to see the comics thinking on their feet and making it up as they go along. It's really fun, really funny and very smart.

We were thrilled when Josh brought this to us at Hat Trick. Developing the show from its initial stages (a Whatsapp conversation) to now (an 8-part series, airing on the home of comedy entertainment) has been an absolute joy. The show is relentlessly funny, hugely inventive and, most importantly, fun. The fact that it's hosted by two fantastic comedians at the top of their game is the icing on the cake. I can't wait for the public to see it and play along

Dave is the perfect home for this really funny and fresh take on the panel show. Josh and James are the perfect combo to host and the format is their perfect vehicle. Did I mention how perfect the show is?

Hypothetical joins a growing list of UKTV Original shows coming to Dave, including Judge Romesh later this month plus John Robins Beat the Internet and the return of award-winning Taskmaster in the Autumn. Line of Duty star Daniel Mays has recently been added to the cast in the upcoming recommission of Porters, on Dave in 2019. Hypothetical is a brand new UKTV Original on Dave, a channel which is no longer available to Virgin Media viewers. Viewers will be able to watch it on Freeview, Sky, BT, Talk Talk and TV Player. 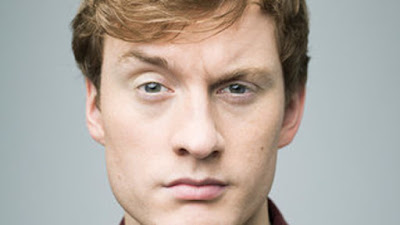 Email ThisBlogThis!Share to TwitterShare to FacebookShare to Pinterest
Labels: Hypothetical