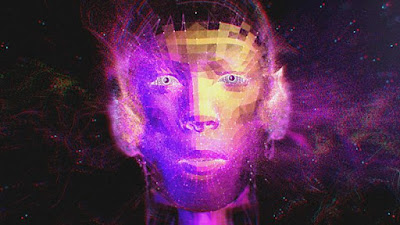 This includes Made By Machine: When AI Met The Archive, a new and experimental programme part-made by AI to help show how it works, and The Joy Of AI, where Professor Jim Al Khalili tells the story of the pursuit of AI, the emergence of machine learning and recent breakthroughs.

AI was also used to help discover a selection of hidden gems from the BBC’s vast archive that will be shown as part of BBC 4.1 AI TV. Using the latest AI technology from BBC Research & Development, BBC Four scanned programme information dating back to 1953 from well over 250,000 TV programmes. The AI learnt what BBC Four audiences might like, based on the channel’s previous schedules and programme attributes, and then ranked programmes it thought were most relevant.

Doing this manually would be impractical as it would take hundreds of hours, but the AI gave BBC Four a more manageable selection in a fraction of the time. This enabled researchers and schedulers to uncover programmes they may never have been able to find, and will broadcast a selection that haven’t been seen in years.

The same archive-scanning AI has been used to co-create Made By Machine: When AI Met The Archive - a new and experimental programme exploring how BBC R&D’s technology works. Presented by Dr Hannah Fry and a virtual co-presenter, it features four segments of archive clips sourced and edited together by the AI. It uses the following techniques to ‘watch’ footage and create each segment:

First, the AI learns to identify what a scene consists of, such as the type of landscape, what objects there are, whether people are featured and what they might be wearing. People will see how it attempts to create a compilation where each scene follows on from the last in some way.

The second segment follows the AI as it scans the subtitles of archive programmes and then looks for connections between words, topics and themes as it pieces footage together.

The third segment shows the AI analysing whether there’s a lot of activity on screen (high energy) or not (low energy). It then tries to create a compilation that moves back and forth between high and low energy scenes.
In the fourth segment, the AI draws on what it’s learnt using all three techniques to create a new piece of content.

The BBC has one of the largest broadcast archives in the world, and manually searching millions of hours of programmes would be impossible. As it becomes increasingly digitised, BBC R&D is developing AI to help programme makers and schedulers unlock this valuable resource. Relevant clips can be used to enrich News and Factual programmes, for example, while whole episodes or series can be re-released for audiences.

Cassian Harrison, Channel Editor, BBC Four, says: “AI and machine learning sit at the centre of a huge ongoing debate. With its brief to experiment, BBC Four is grasping the nettle by the hand with this bold experiment to investigate just how AI might open up new creative opportunities. In collaboration with the BBC's world-beating R&D department, AI TV will explore the cutting edge of this new technology and demonstrate just how AI and machine learning might inform and influence programme-making and scheduling, while also resurfacing some gems from the BBC Four archive along the way. It's telly Jim, but not as we know it...”

George Wright, Head of Internet Research and Future Services, BBC R&D, says: “Helping BBC Four scour the BBC’s vast archives more efficiently is exactly why we’re developing this kind of AI. It can find very specific pieces of content in large libraries of programmes, which has massive benefits for BBC programme makers and audiences. BBC Four’s experimental night of programming is a great example of this, and Made By Machine: When AI Met The Archive gives people an unprecedented look under the hood.”
Posted by JD at 13:13