BBC Hospital goes behind the scenes at NHS Trusts in Liverpool 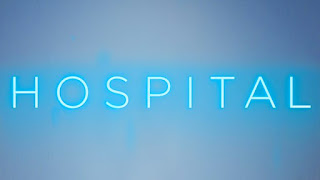 The BBC has announced that series four of award-winning documentary series Hospital will return to BBC Two next year, filming across several Trusts in Liverpool. It will continue to unveil the incredible work that goes on at some of the country’s largest NHS Trusts to ensure patients get the best possible care and the challenges and pressures they face at a time when the NHS continues to be under scrutiny.
The hospitals opening their doors to the critically-acclaimed series, made by Label1, include The Royal Liverpool University Hospital and Broadgreen Hospital, Aintree University Hospital, Liverpool Women’s Hospital, The Walton Centre and the Liverpool Heart and Chest Hospital. Conversations are ongoing with other key hospitals and healthcare providers in the city about their involvement.

The series has previously filmed at the Imperial College Healthcare Trust London and Nottingham University Hospitals NHS Trust. Over the years Hospital has generated stories which have hit the headlines, including the chronic bed shortage and also going beyond the hospital walls with social services and local mental health care providers.

Patrick Holland, Controller BBC Two, says: “Hospital has been a game-changing series, winning the RTS, bringing the audience the most urgent and important stories from the frontline of the NHS today, committed to the best documentary storytelling. It is now essential viewing on BBC Two. I’d like to thank Nottingham University Hospitals for their extraordinary trust and openness for the last series and I am very excited to announce the next series, exploring stories from across a network of hospital Trusts across Liverpool.”

Lorraine Charker-Phillips, Exec Producer, Label1, says: “We are privileged to be making the fourth series with Trusts from all across Liverpool. We look forward to bringing the audience new compelling stories that highlight the extraordinary work of the NHS and how the healthcare system functions across a whole city.”

Aidan Kehoe, Chief Executive of the Royal Liverpool and Broadgreen University Hospitals NHS Trust and chair of the North Mersey A&E Delivery Board, which includes all Liverpool’s trusts, says: “We are delighted that Liverpool is taking part in the next series of Hospital. There is some amazing work going on across our city, with cutting-edge treatments saving and improving the lives of our patients, carried out by incredibly dedicated and talented staff at a time of significant pressure in our NHS. We are working together to further improve the healthcare we offer and viewers will be able to see both the challenges and rewards that working in our NHS brings.”

Hospital is made by Label1, and Executive Produced by Simon Dickson, Lorraine Charker-Phillips and Jackie Waldock. It was commissioned by Patrick Holland, Controller BBC Two, and Clare Sillery, Commissioning Editor, Documentaries.

In partnership with the Open University.
Posted by JD at 15:07