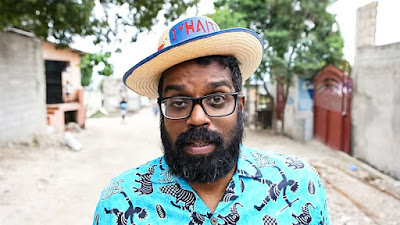 Airing on BBC Two earlier this summer, both series are due to return next year, promising more adventure, more laughs and most likely many more mishaps along the way.

David Brindley, Head of Commissioning, Popular Factual and Factual Entertainment, says: “The Misadventures Of Romesh Ranganathan and Mortimer And Whitehouse: Gone Fishing have been real summer highlights for us and we couldn’t be happier to be re-commissioning both.

"The response from critics and viewers alike has been fantastic, and often followed by ‘surely there will be a second series?’ - well, we’re thrilled to oblige. Each of these titles was an effort by the brilliant production teams and our department to try to continue the evolution of the travel genre, and I’m pleased these efforts were met with such a warm reception. To have the likes of Romesh, Bob and Paul on such glorious form on the channel is a sheer delight. Here’s to more adventures.”

The Misadventures Of Romesh Ranganathan - which followed Romesh as he travelled beyond his comfort zone to some of the most unlikely places on earth to go on holiday - boasted a strong performance on BBC Two and BBC iPlayer this summer. Made by Rumpus Media, it aired in three parts in July, and as well as impressive TV figures the series had an exceptionally strong performance on BBC iPlayer, with over one million requests for the first episode, making it one of the highest performing Factual programmes for BBC Two on the service since 2015.

Romesh says: “While I am grateful for this show being recommissioned, it’s obviously not as good as being asked to do a show called The Luxury Adventures Of Romesh Ranganathan."

Rumpus Media Joint Managing Director, Emily Hudd, says: “We’ve loved building a creative partnership with Romesh over the past four years for the BBC - from exploring his family heritage with Asian Provocateur to hitting the road less travelled in his Misadventures. We’re thrilled that despite risking his life and dignity multiple times in the first run, Romesh will be back bringing his uniquely smart and funny take on more of the world’s unlikely tourist spots for series two.”

The Misadventures Of Romesh Ranganathan is a Rumpus Media production for BBC Two. The Executive producers are Emily Hudd and Morgan Roberts. It was commissioned by Patrick Holland, Controller, BBC Two, and David Brindley, Head of Commissioning, Popular Factual and Factual Entertainment. The Commissioning Editor is Catherine Catton.

Lifelong friends and comedic royalty Paul Whitehouse and Bob Mortimer were reunited by a common experience of heart disease, and after Paul invited Bob out fishing, the series was born. There will now be another series of six half-hour episodes next year of Mortimer And Whitehouse: Gone Fishing, exploring more of the UK’s finest fishing spots whilst again discussing life’s big questions and sharing their personal experiences in their inimitable way.

Paul Whitehouse says: “The response has been a little bit overwhelming. We’ve had the most incredible messages from people who have suffered similar issues with their hearts or have had long-term illnesses and have found something in the series that has resonated with them. We’re really pleased that people can see the joy that fishing can bring and I’m also very proud that people who wouldn’t normally watch a fishing programme can enjoy the series too.”

Bob adds: “I absolutely loved making the series and can't wait to depart for a new set of adventures in the beautiful countryside, with wonderful company and a fresh menu of heart healthy meals... who wouldn't sign up for that?"

The series saw strong performance, with the first episode launching with 1.8m viewers - and 800,000 requests on BBC iPlayer.

Mortimer And Whitehouse: Gone Fishing (6x30) is an Owl Power Production for BBC Two. The Executive Producer is Lisa Clark. It was commissioned by Patrick Holland, Controller BBC Two and David Brindley, Head of Commissioning, Popular Factual and Factual Entertainment.
Posted by JD at 18:17