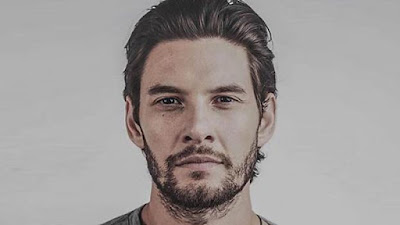 Ben Barnes is cast opposite Julia Ormond in the new emotional thriller Gold Digger for BBC One.
Barnes, best known for his role as Prince Caspian in the Chronicles of Narnia franchise, and currently in Westworld and the Marvel series The Punisher, returns to the BBC for the first time in more than a decade to star in Mainstreet Pictures's six-part series about a woman falling in love with a much younger man and the effect it has on her already damaged family.

Barnes plays Benjamin Golding, the thirty something copywriter with a shrouded past who becomes involved with an older woman Julia Day (Ormond). As the series progresses the impact their unconventional relationship has on her family is explored and the secrets of their past are revealed. Has Julia finally found the happiness she's always deserved? Or is Benjamin really the gold digger they think he is?

Written and created by Marnie Dickens (Thirteen) and made by Mainstreet Pictures. Tim Bradley (Unforgotten, Death in Paradise) will produce and Vanessa Caswill (Little Women, Thirteen) will direct the first three episodes.

Ben Barnes says: "I’m thrilled to be joining the exciting cast and creative team in telling this unexpected, modern relationship story with the opportunity to play such a complex and enigmatic character."

Marnie Dickens says: "Having Ben Barnes play the 'gold digger' of our title is a real coup. I'm very much looking forward to working with him."

Elizabeth Kilgarriff, Senior Commissioning Editor at BBC, says: “We're very excited that Ben Barnes is joining this fantastic show to play opposite Julia Ormond. Their characters' relationship at the heart of the series promises many unexpected twists and turns and I can't wait to see it come to life.”

Gold Digger Executive Producers are Laura Mackie and Sally Haynes for Mainstreet Pictures, Elizabeth Kilgarriff for BBC One and Marnie Dickens. Gold Digger was commissioned by Piers Wenger, Controller of BBC Drama, and Charlotte Moore, Director of BBC Content.
Posted by JD at 14:37