Bodyguard - The threat is closer than you think 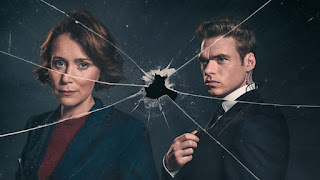 Set in and around the corridors of power, Bodyguard tells the fictional story of David Budd (Madden), a heroic but volatile war veteran now working as a Specialist Protection Officer for the Royalty and Specialist Protection Branch (RaSP) of London’s Metropolitan Police Service.
When he is assigned to protect the ambitious and powerful Home Secretary Julia Montague (Hawes), Budd finds himself torn between his duty and his beliefs. Responsible for her safety, could he become her biggest threat?

Bodyguard is written by Jed Mercurio and made by World Productions for BBC One. 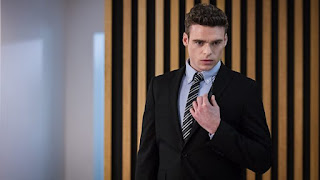 David Budd (Richard Madden)
Sergeant David Budd serves as a Principal Protection Officer (PPO) in the Royal and Specialist Protection Command of London's Metropolitan Police (RaSP). A Helmand veteran, David hides the psychological scars from his time in the army behind a cool and forceful demeanour, but the cracks show at home, where he is separated from his beloved wife Vicky and their two children.

Mistrustful of politicians, especially those who voted in favour of the conflict in the Middle East, David is ambivalent about his ‘step-up’ to protect the Home Secretary - Julia Montague. Torn between dedication to his job and his political ideals, and prone to volatile behaviour, he must decide where his loyalties truly lie. 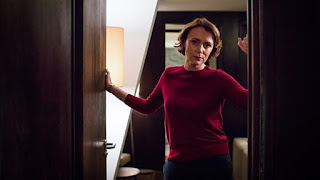 Ambitious, smart and undaunted by opposition, Julia is pushing a controversial new counter-terrorism bill through parliament which would give the security services unprecedented powers of surveillance. Some of her colleagues believe Julia is on course to challenge the PM for party leadership. 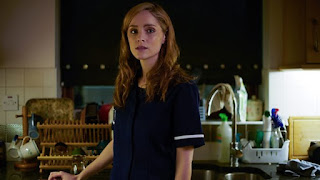 Vicky Budd (Sophie Rundle)
Vicky is a ward sister at a London hospital and loving mother of two young children. Married to police officer PS David Budd, they are separated due to his unpredictable moods and issues with PTSD since he returned from the Afghanistan war. While Vicky still loves and cares for David, she also wants to move on with her life. 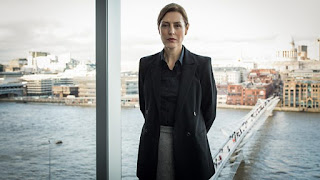 Commander Anne Sampson (Gina McKee)
Head of the Metropolitan Police’s Counter Terrorism Command, Sampson reports directly to the Home Secretary, Julia Montague. A woman of seemingly unimpeachable professional standards, Sampson is horrified when Julia threatens to move the investigation into recent terror events over to the Security Service. Caught between policing and politics, Sampson must find a way to cut through the machinations of those around her and get to the truth.