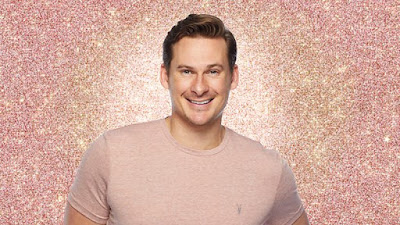 Lee Ryan is the twelfth celebrity contestant confirmed for the brand new series of Strictly Come Dancing.
The 16th series of the NTA and Bafta award-winning entertainment show produced by BBC Studios will return in the autumn on BBC One putting the sparkle back into Saturday and Sunday nights.

Lee says: “I'm so excited to be joining this year’s Strictly line-up. It is a real honour for me and I can’t wait to get out on the dance floor.”

Lee Ryan is most well-known for being a part of super successful boy band Blue and more recently playing EastEnders bad-boy Woody Woodward. Lee rose to fame in the early 2000s as part of Blue along with Simon Webbe, Antony Costa and Duncan James. The band had three UK number one albums and sold 16 million records worldwide. After a six-year hiatus they reunited in 2011 to represent the UK in the Eurovision song contest with their track I Can, coming 11th in the competition. Since taking part in the 2013 show The Big Reunion (ITV) they have released a further two albums, Roulette and Colours. During his time away from the band, Lee embarked on a solo singing career, his self-titled album charting at number six in the UK charts in 2005. In 2017 fans were sent into a frenzy when Lee made his EastEnders debut playing bad-boy “Woody” Woodward. He played the role for just over a year and went on to receive the 2017 Inside Soap Award nomination for Best Newcomer.

The news was revealed this afternoon on ITV’s Loose Women.

The remaining celebrity contestants joining the new series will be announced in due course.
Posted by JD at 14:34