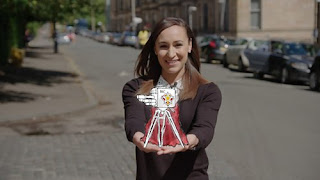 The search for great volunteers returns. Nominations for the 2018 BBC Get Inspired Unsung Hero award are now open.

The BBC Get Inspired Unsung Hero award celebrates the most inspiring, dynamic and dedicated volunteers driving participation in grassroots sports and fitness activities.

Returning for its 16th year, Unsung Hero 2018 seeks out volunteers who are inspiring people of all ages to get up and get active. Finalists will be drawn from Scotland, Northern Ireland, Wales, and each of the 12 English regions, with the winner receiving their award at this year’s ceremony live on BBC One.

For 2018, Get Inspired welcomes former Olympic and World champion Dame Jessica Ennis-Hill and BBC Radio 1 and 1Xtra presenter Adele Roberts as Unsung Hero Ambassadors for the award. Jess, the golden girl of London 2012’s super Saturday, will also present this year’s winner with their award live on BBC One as part of December’s ceremony.

Last year, volunteer Denise Larrad from Leicestershire, was named the BBC Get Inspired Unsung Hero. Denise set up running and walking clubs for people aged 14 to 72 and has also run marathons and climbed Kilimanjaro, raising money for charity.

Denise said: "Winning the BBC Get Inspired Unsung Hero award last year was so much of a shock, I hadn't even prepared what I was going to say on stage. The other nominees were all amazing and I don't think you really see that in yourself. Winning the award has given me confidence in what I am doing and made me realise that I am making a real difference.”

From volunteer fitness instructors who offer classes in communities, to the person who spends their free time running the social media accounts for dance clubs, or that one steward who turns up every week to cheer on the runners in the weekly 5km. The BBC is looking for your local sporting superhero who has an inspiring story to tell.

Mike Murphy, BBC Get Inspired lead says: “Unsung Hero is all about honouring the people who show up, bring people together and really make a difference in their community. It’s a hugely important aspect of any sport and it’s fantastic to give these people the recognition they truly deserve.”

For the first time, nominations can be made via video and audio submission. To nominate your Unsung Hero by video, audio, online webform or via email, simply visit www.bbc.co.uk/unsunghero. Entries close on Sunday 21 October at midnight and the shortlist will be revealed in the days leading up to the BBC Sports Personality of the Year ceremony in December.