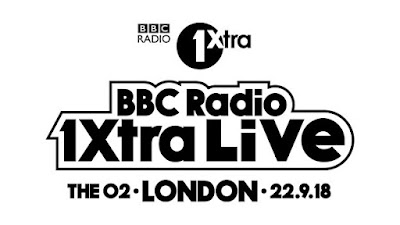 Popcaan says: “The UK holds a special place in my heart so can’t wait to perform for you guys all my UK fans look out for a very special performance.”

Stefflon Don says: “So gassed to be performing at 1Xtra live at the O2 September 22nd - it’s gunna be hype.”

Kojo Funds says: “I’m excited to be playing at this year’s 1Xtra Live. The O2 is such a sick venue, can’t wait to perform there!”

1Xtra has supported Stefflon Don for several years and tipped her for huge success when she featured on 1Xtra’s Hot For list in 2017. From her track Envy Us feat. Abra Cadabra, 1Xtra has since followed Stefflon Don’s success right through to her hit with French Montana Hurtin’ Me. Stefflon Don’s track with Skepta Ding-A-Ling debuted on DJ Target’s 1Xtra show and her latest song Pretty Girl feat. Tiggs da Author is currently on the 1Xtra playlist.

1Xtra's Dancehall DJs including Seani B have heavily supported Popcaan over the years with big party anthems such as Ravin' and Only Man She Want receiving early daytime support, through to his new album Forever and tracks Body So Good and Wine for Me, which is currently on the 1Xtra playlist. Popcaan gained a huge fan base when he hooked up with Drake for their release Controlla.