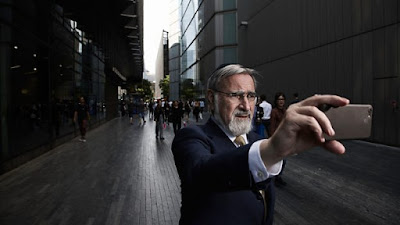 Radio 4 will explore morality in the 21st century with Rabbi Lord Jonathan Sacks, who presents a series of five programmes examining this topic in early September.

Over the daily episodes Rabbi Sacks and a host of expert contributors will explore topics that include ideas around moral responsibility and who still has it; the impact of social media on young people; Artificial Intelligence and the future of humanity; the impact of individualism and multiculturalism on communities and who young people see as their moral role models.

In each episode Rabbi Sacks will also speak to groups of young people between 16 and 18 years old, who will provide commentary on the discussions and share their insights into their moral, social and political outlook, and examine with them what the implications of their opinions might be.

Rabbi Sacks says: “I want to thank BBC Radio 4 for giving me the opportunity to explore some of the most pressing moral issues of our time. It has been a privilege and honour to be joined on this journey by so many of the world’s leading thinkers, as well as impressive representatives of the next generation who are going to have to be at the forefront of addressing these challenges.”

Christine Morgan, Head of Radio, Religion and Ethics at the BBC, says: “Last year we said we’d broaden the impact and reach of our programming on religion and ethics and that’s exactly what this ambitious Radio 4 series does. With contributions from a range of deeply thoughtful people and the views of a brilliant group of youngsters, the series explores the huge topic of morality and its role in modern life. I can think of no better person than Rabbi Sacks to help to lead this investigation and give audiences a greater insight into the big issues of our time.”