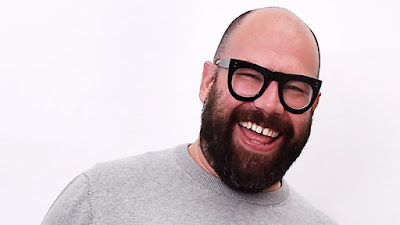 Shane Allen, Controller, BBC Comedy, says: “Its a real coup to have someone of Derren’s great experience land a broad sitcom with a Northern comedy heart to it, it’ll do Scarborough very proud. With ‘king Gary we also get a big daft southern comedy voice in Tom Davis at the centre of a very exciting cast. The Comedy Playhouse strand has been really prolific in launching series with the very best of emerging UK comedy talent."


Scarborough
Scarborough is a brand new comedy series from Derren Litten, the creator and writer of the award-winning sitcom Benidorm. It follows the lives and loves of a small handful of residents in Scarborough, the sometime sunny beach resort in North Yorkshire, who meet most nights in the local karaoke bar where they swap gossip and sing 80’s classics.

Made by BBC Studios, the 6x30' comedy series will feature an ensemble cast which will be announced in due course and filming is set to take place on location in summer 2019.

Gregor Sharp is the BBC's Commissioning Editor with Chris Sussman and Stephen McCrum both Executive Producers for BBC Studios.

‘king Gary is a larger than life working-class sitcom with a big heart for BBC One, from the creative team behind the Bafta award-winning Murder in Successville. The series is written by Tom Davis and James De Frond, and will star Davis as the lead and be directed by De Frond. Joining the cast is Simon Day (The Fast Show), Camille Coduri (Him & Her), Laura Checkley (Bridget Jones’s Baby) and Romesh Ranganathan (The Misadventures of Romesh Ranganathan).

‘king Gary is a study of how the small things in life can be blown up to absurd proportions as the pressures of the modern world, and how we think we must exist within it, spiral out of control. A big comedy about life’s small and often petty dramas.