As the summer sun sets the drama rises: Made in Chelsea's back 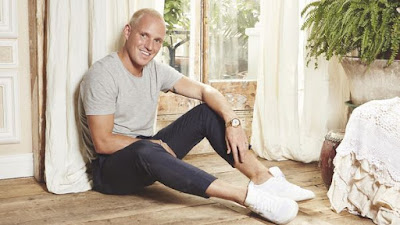 The Croatian sun may have set but the drama is rising and things are hotting-up in SW3, as the Made in Chelsea boys and girls reunite on their home turf for an unforgettable series this autumn. Expect scandalous secrets, rocky romances, frosty friendships and…an engagement (or three) from the Chelsea favourites, with the 11x60’ series bursting onto screens on Monday 8th October at 9pm on E4.

Can old relationships be resuscitated? Will broken friendships be repaired? Are seemingly solid couples strong enough to weather the Chelsea storm? This series will chart the highs and lows of the cast as they quaff champagne in the Royal Borough’s most sought after hot spots.

There may also be a surprise appearance or two along the way….

Lee McMurray said: “We’re as delighted as ever to be welcoming Made in Chelsea back to E4, deploying its trademark fun and flair to delve into the complex love lives and friendships of the cast. Not one, but three marriage proposals are among the many high points of romance and drama viewers can expect, in what promises to be an exciting and eventful new series.”

Kelly Lynn, Executive Producer at Monkey comments: “What happens in Croatia certainly doesn’t stay in Croatia and with the full cast back together, the drama is at an all-time high. I’m excited for viewers to tune in and catch-up with the gang on familiar territory, and with three Chelsea engagements, there is even more reason to celebrate.”
Posted by JD at 16:23

Email ThisBlogThis!Share to TwitterShare to FacebookShare to Pinterest
Labels: Made in Chelsea