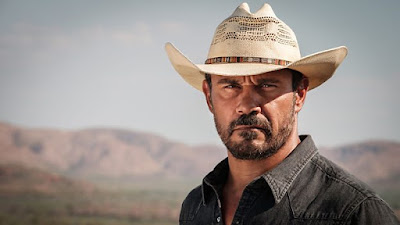 
Set against big landscapes and stunning scenery, Mystery Road stars Aaron Pedersen as detective Jay Swan, who is sent to the remote outback town of Patterson for what he thinks will be a simple investigation into the disappearance of two young jackaroos. Partnered with tough local cop Emma James (Judy Davis), their investigation will gradually unpeel the layers of the town, as Jay’s ability to hunt beneath the surface reveals crimes and miscarriages of justice that stretch back into Patterson’s history. In solving the mystery of the missing boys, Jay and Emma - and the town - will learn a hard lesson - that you have to be truthful about your past to understand your present, and to have any sort of future.

Sue Deeks, BBC Head of Programme Acquisition, says: “Mystery Road is set in a uniquely stark and beautiful landscape and features a cast of some of the best acting talent around. We’re thrilled to be bringing this compelling and visually stunning drama to BBC viewers”

Caroline Stephenson, SVP at EMEA North at all3media international, adds: “Mystery Road is a perfect show for BBC Four - its distinct Outback setting and Australian Noir approach to the crime genre will be relished by the channel's discerning drama audience.”