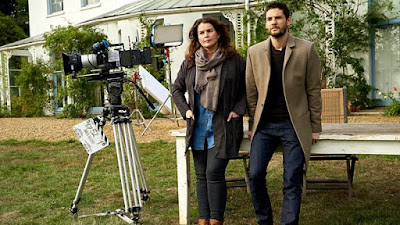 They are joined by an impressive line-up of British talent in this six-part series about a woman falling in love with a much younger man and the effect it has on her already damaged family.

Written and created by Marnie Dickens (Thirteen) Gold Digger tells the story of the wealthy 60-year old Julia Day (Julia Ormond) as she falls in love with Benjamin (Ben Barnes), a man 26-years her junior. As the series progresses the impact their unconventional relationship has on her family is explored and the secrets of their past are revealed. Has Julia finally found the happiness she's always deserved? Or is Benjamin really the gold digger they think he is?

Playing Julia's family are Sebastian Armesto (Poldark, Broadchurch) as the high achieving eldest son Patrick always trying to be a good man, Jemima Rooper (Lost in Austen, Trauma) as Della, the middle child whose finger is permanently on the self-destruct button and Archie Renaux as Leo, the baby of the family who still lives with his mother and idolises his father.

Gold Digger is being co-produced by Ani Kevork (Age Before Beauty, Unforgotten). Vanessa Caswill (Little Women, Thirteen) will direct the first three episodes. David Evans (Preacher, Jamestown) will direct the rest of the series. The series will be shot around Devon and London.