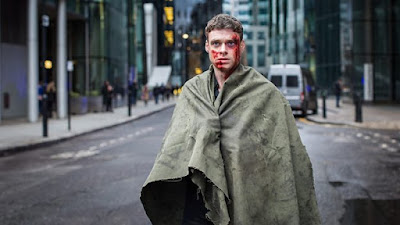 BBC One’s Bodyguard ended with its highest overnight audience of the series, concluding with an average of 10.4m viewers/47.8% share, and a peak of 11.0m viewers.

Bodyguard, written and created by Jed Mercurio, and made by World Productions for BBC One, additionally attracted the highest young audience for any drama on any channel this year, with the finale attracting 1.3m 16-34 year olds (42.3% share).

On BBC iPlayer, Bodyguard has broken records with episode one being the biggest episode of any programme ever on iPlayer with 7.3m requests so far. The series currently has over 24.2m requests across all six episodes, while the series finale helped drive BBC iPlayer’s biggest ever day of over 12.6m requests on Sunday 23 September. Bodyguard will remain on BBC iPlayer exclusively in the UK as a box set for the next six months.

Charlotte Moore, Director BBC Content says: “The finale of Bodyguard gripped the nation and has got everyone talking with a staggering peak audience of 11m on BBC One in a display of masterful storytelling from Jed Mercurio; while episode one is already the biggest ever episode on iPlayer and still growing."

Bodyguard’s showrunner Jed Mercurio says: “I’m completely stunned by the exceptional response to Bodyguard which reflects the star quality of our brilliant cast led by Richard Madden and Keeley Hawes and our outstanding crew led by producers Priscilla Parish and Eric Coulter and directors Thomas Vincent and John Strickland.”

Simon Heath, CEO & Creative Director of World Productions says: “At a time when we’re told that linear TV is dying, it’s been thrilling to see the number of viewers flocking to watch Bodyguard live. We’re so grateful for all their support”.

Bodyguard is executive produced by Jed Mercurio, Simon Heath for World Productions and Elizabeth Kilgarriff for BBC One. It is produced by Priscilla Parish and Eric Coulter, and directed by Thomas Vincent and John Strickland.