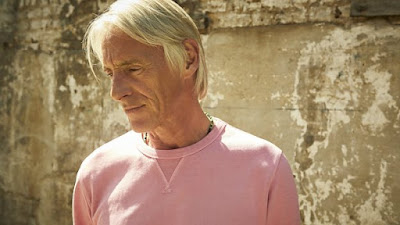 BBC Radio 2 have announced Paul Weller as the first act confirmed for this year’s star-studded line-up for this autumn’s In Concert series.

Paul Weller was announced in a special Chris Evans’ Breakfast Show from Weller’s studio in Woking today. The line-up in full will be announced by Jo Whiley & Simon Mayo between 5-8pm on Radio 2 on Wednesday 19 September.

Paul Weller says: “It’s brilliant to be doing another In Concert for Radio 2. It’s always a great show and will be extra special doing it this time round with an orchestra.”

With a career spanning over 40 years, frontman of The Jam and The Style Council, Paul Weller will perform tracks from his new album True Meanings as well as classic tracks. With 14 solo albums under his belt and no sign of stopping, Weller is amongst the most revered British songwriters and performers of the past four decades.

Taking place at 7.30pm, the series of intimate performances will be broadcast live from the BBC Radio Theatre on BBC Radio 2 as well as in vision via the BBC Red Button, to be produced by BBC Studios. All performances will be available on BBC iPlayer for thirty days after transmission. The concerts with also be broadcast on either BBC Two or BBC Four later in November.

Jeff Smith, Head of Music, BBC Radio 2 and 6 Music, says: “As Radio 2 listeners have loved his music over the last four decades, I’m delighted to announce Paul Weller as the first artist to be confirmed for Radio 2 In Concert 2018. Paul is the voice of a generation who continues to evolve and grow as a musician, songwriter and live performer, attracting whole new audiences as the years go by.”

Radio 2 In Concert is a yearly series of live performances which in previous years has featured artists including Paloma Faith, CHIC featuring Nile Rodgers, Van Morrison, Take That and Kylie Minogue

Ticket applications for the events are online at bbc.co.uk/radio2. Applications open at 8pm on Wednesday 19 September and close at 8pm on Monday 1 October. Tickets are free, and successful applicants will be selected at random once the registration period has closed.
Notes to Editors

Radio 2 In Concert is made by BBC Studios Entertainment & Music Productions, which delivers some of the UK’s most loved entertainment formats and music programming.
Posted by JD at 08:46