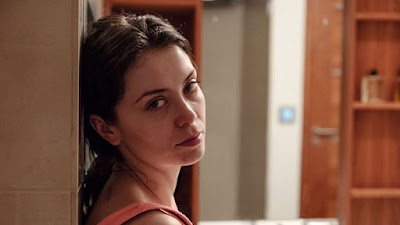 Written by Gwyneth Hughes and directed by Lynsey Miller, Doing Money is a shocking true story about slavery in modern Britain.

This fact-based one-off drama follows the heartbreaking and compelling story of Ana, a young Romanian woman snatched in broad daylight from a London street, trafficked to Ireland and used as a sex slave in a series of 'pop up’ brothels. Ana’s story offers a tense and thought-provoking thriller, with powerful insights into the challenges of policing a form of modern slavery that hides in plain sight. It exposes just how big business 'doing money' is.

On being cast as Ana, Anca Dumitra says: “Ana is a truly remarkable person, someone who has survived endless abuse with courage and determination, a real-life hero. I have been deeply moved by her story and it’s an honour to play her in Doing Money. This is a story that needs to be seen.” 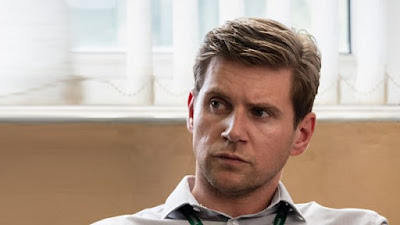 Allen Leech, pictured above, adds: “I’m delighted to be part of telling this moving and important true story. Doing Money, Ana’s experience, shines a light on the shocking truth of human trafficking and slavery in Britain. DI Dougie Grant was one of the key officers at the centre of the original investigation. It’s a real privilege to play him.”

Alex Cooke, Executive Producer for Renegade Pictures, says: “We hope telling Ana’s story will give a voice to those women who are too often invisible to the people around them. It’s a privilege to bring Ana’s story to BBC Two, told with sensitivity and intelligence by writer Gwyneth Hughes and director Lynsey Miller. And I’m delighted we have such a brilliant international cast who gave remarkable performances to bring this insidious and captivating story of modern day slavery to life.”

Patrick Holland, Controller for BBC Two, says: “This is such an urgent and shocking drama for our times and I am delighted that such a brilliant cast is coming together to tell Ana’s story. With Gwyneth Hughes’ powerful script and Lynsey Miller’s directorial vision, this promises to be hugely impactful.”

Commissioned by Patrick Holland, Controller BBC Two and Piers Wenger, Controller of BBC Drama. Doing Money is produced in association with RTE and supported by Northern Ireland Screen, it will be distributed by Warner Brothers ITVP. Filming took place in and around Belfast.
Posted by JD at 17:48