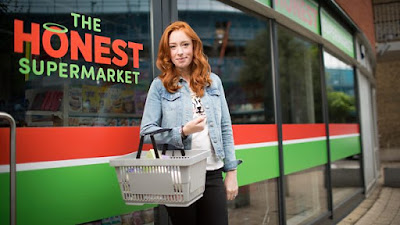 BBC Two has today announced a range of dynamic new commissions as part of its award-winning science strand Horizon, featuring some of the UK’s most respected science broadcasters; from Hannah Fry and Giles Yeo to Ella Al-Shamahi and Michael Mosely.

Horizon has a long and illustrious history of ground-breaking science journalism and film-making. Announced today, the new programmes will speak to some of the most pressing issues of our time, deliver cutting-edge science and provide extraordinary access and new expert voices to the ever-curious BBC Two audience.

Tom McDonald, Head of Commissioning, Natural History and Specialist Factual, says: "Horizon sits at the very heart of the BBC's science offer. These new titles reflect our huge ambition for the strand. From setting off an avalanche to keeping a willing adventurer in a bunker for 10 days as well as creating our very own supermarket with a twist, Horizon is the place for the most audacious science content in British television. At the heart of every film is new journalism and world class expertise combined with imaginative storytelling and superlative filmmaking”.

Highlights from the new Horizon season include, Michael Mosley embarking on Britain’s largest ever trial to investigate the placebo effect in The Placebo Experiment - Can My Brain Cure My Body?, while evolutionary biologist Ella Al-Shamahi investigates our daily rhythms with the help of former Commando Aldo Kane, who is concealed in an abandoned nuclear bunker with no way of telling the time in Body Clock - What Makes Us Tick?

An international team of scientists trigger an avalanche to reveal the mysteries behind this force of nature in Avalanche - Making a Deadly Snowstorm. Our everyday health comes under the microscope as The Honest Supermarket investigates the truth about what’s really in our favourite foods, while the science behind vitamin supplements is under investigation in Vitamin Pills - Miracle or Myth? (w/t).

The Pill (w/t) investigates the future of birth control, debunking myths and looking at cutting-edge breakthroughs; Cannabis - Dangerous Drug or Miracle Medicine? goes in search of the truth about the medicinal value of the controversial drug; and Proton Beam - The New Cancer Killer (w/t) takes viewers behind the scenes of a pioneering engineering project to bring a new form of cancer treatment to Britain. Alastair Campbell also explores if radical new treatments can stop his depression in previously announced film, Depression and Me.

The programmes will air on BBC Two as part of the new season of Horizon, which will broadcast over consecutive weeks beginning in October.
Posted by JD at 08:44

Email ThisBlogThis!Share to TwitterShare to FacebookShare to Pinterest
Labels: Horizon