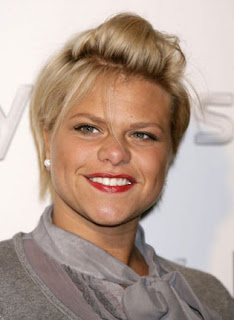 A former dental nurse, Jade sprang to overnight fame on Big Brother in 2002. A regular in the tabloids, she went on to become a million pound brand. But Jade's success provoked intense debate. While some saw her rise as evidence of a new crassness in public life, millions more identified with her as an emblem of triumph and escape.

Ten years on from her death from cancer at the age of 27 this series will explore the Jade Goody phenomenon to tell a bigger story of social and cultural change in Britain, at a time when reality TV became the biggest and most polarising form of entertainment in the country. Featuring exclusive interviews and never-before-seen footage, encompassing everything from the rise of celebrity culture and social media to the battlegrounds of class, race and sexual politics, the series will offer a fresh and compelling insight into the story of our recent past.

The series will be directed by award winning film maker and former C4 commissioner Rob Coldstream whose credits include The Rise and Fall of Tony Blair and Last Days of Anne Boleyn. Rob said; “Jade was a hugely charismatic personality. She made an indelible impact on our culture - and her incredible life story holds up a mirror to many of the big themes and preoccupations of our time - from fame and celebrity to race and gender politics.”

Alisa Pomeroy, Commissioning Editor Documentaries added: "Jade is a figure who couldn't have existed at any other moment in history. Her story is the story of the noughties and I'm very excited about what will essentially be a popular history series, told through the prism of an electric, much-loved personality."

The series, which will comprise of 3 hour-long films, is due to be transmitted on Channel 4 in 2019.