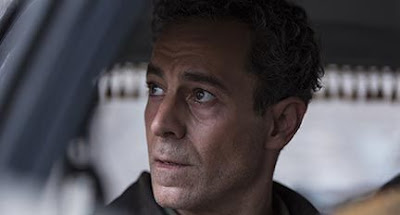 October 2003 and Baghdad has been occupied by American forces for six months; but the disbandment of the Iraqi army, the police and civil leadership in the aftermath of the invasion means there is no one in charge and no effective rule of law.

In the midst of this chaos, crime and paranoia, Iraqi ex-policeman Muhsin al-Khafaji (Waleed Zuaiter; Omar, Altered Carbon) has lost everything and is battling daily to keep himself and his sick daughter, Mrouj (July Namir ; Homeland, Collateral), safe. But when he learns that his estranged elder daughter Sawsan (Leem Lubany; Omar, Condor) is missing Khafaji is forced into a desperate search to find her. He soon finds himself up against her enigmatic university tutor, Professor Zubeida Rashid (Clara Khoury, Homeland) and discovers that Sawsan and her two close friends Sanaa (Nora El Koussour; Layla M) and Zahra ( Maisa Abd Elhadi; Tel Aviv on Fire, The State) have been leading a hidden life that’s led them into great danger.

Khafaji feels powerless until he meets Frank Temple, an ex Police Officer played by double Olivier Award-winner Bertie Carvel (Dr Foster, Jonathan Strange and Dr Norrell) who has arrived from Britain on a mission to rebuild the Iraqi Police Force from the ground up.

Temple recruits ex-cop Khafaji to give his operation some much-needed local credibility. But unbeknown to both Temple and his nemesis, upstanding American Military Police Captain John Parodi, played by Golden Globe-nominated Corey Stoll (House of Cards, First Man), Khafaji is compelled by his own, secret reasons to risk everything by collaborating with the occupying forces. Meanwhile a new threat represented by security op Douglas Evans (Neil Maskell; Humans, Utopia) provides a terrifying and sinister counterforce to his efforts.

Khafaji quickly discovers that Sawsan’s disappearance is linked to the murder of an American employee and so entwines himself in that investigation to uncover the truth about what has happened to his daughter and her friends. But, as the addictive, thrilling world of Baghdad Central unfolds, he soon finds himself embarking on a wider quest for justice in a society that’s become truly lawless.

Producer is Jonathan Curling (The Secret). FremantleMedia International will act as the global distributor for the series.

Alice Troughton (Doctor Who, Tin Star, A Discovery of Witches) is lead director and BAFTA-nominated Ben A. Williams (Humans, The Pass) will direct the second block of filming. 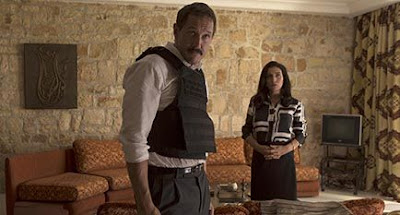