Channel 4 Announces John & Yoko: Above Us Only Sky 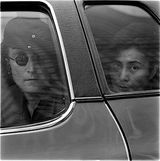 Channel 4 announced it has commissioned a brand new feature documentary from Eagle Rock Films which looks at the untold story of Imagine – the album, its iconic title track and the extraordinary genius behind the music that defined a moment and marked an era.

John & Yoko: Above Us Only Sky (1 x 90’) will use unseen archive and access to John’s estate to tell the story of John Lennon and Yoko Ono against the backdrop of the recording of Imagine nearly 50 years ago.

The film will tell the story of Yoko meeting John and East meeting West, of two brilliant artistic minds connecting, inspiring each other both personally and professionally, and ultimately co-authoring a worldview so radical in its vision that it remains ahead of its time to this day.

In an exclusive interview for the film, Yoko tells us, “I feel in the big picture the fact that John and I met was to do this song.” As well as Yoko herself, the 90 minute film will feature interviews with those closest to the couple during that period including photographer David Bailey who famously captured the couple in a 1971 photograph that ended up on the cover of Vogue, gallerist John Dunbar who set up Yoko’s first show and introduced the couple, pioneering studio designer Eddie Veale who built Ascot Sounds at Tittenhurst in addition to several musical collaborators who played on the album. John’s eldest son, Julian, will also be part of the film.

Emmy Award Winning and Oscar nominated director Michael Epstein (LennoNYC, American Masters) will direct the film that will feature never before seen – and heard - archive such as the first demo of Imagine which was discovered by their audio archivist in an unmarked eight-track box, unheard audio interviews with John and verité film of the couple working together in the studio.

In telling this extraordinary story, John & Yoko: Above Us Only Sky will explore the creative journeys John and Yoko took—both independently and together—in order to arrive at Imagine, as well as their paths to the innovative feature-length music film Imagine and Yoko’s solo album Fly.

John & Yoko: Above Us Only Sky (1 x 90’) was commissioned by Jonny Rothery, Commissioning Editor for Music & Formats at Channel 4. It is an Eagle Rock Films production, the Executive Producers are Terry Shand and Geoff Kempin and Michael Epstein will direct. The feature length documentary will air later this year on Channel 4.

Jonny Rothery, Channel 4 Commissioning Editor for Music & Formats said, “We are thrilled to have commissioned this remarkably personal documentary and delighted to be working alongside Yoko Ono and Eagle Rock Films to deliver an amazingly engaging piece of television.”

Terry Shand, Chairman and CEO of Eagle Rock Entertainment added, “With exclusive access to the extensive Lennon video, audio and photo archive, including much previously unseen material as well as interviews with a wide range of people directly involved with the recording, this is an exciting opportunity to tell this story fully for the first time.”

Director Michael Epstein said, “The message of Imagine is just as powerful today as it was when John and Yoko wrote it nearly fifty years ago. I look at the world see it overcome with hate and engaged in wars seemingly without end, and I truly miss John’s voice. We need him now more than ever. And that is what we hope to do with Above Us Only Sky: show how John and Yoko’s message of peace and love still matters."
Posted by JD at 16:06