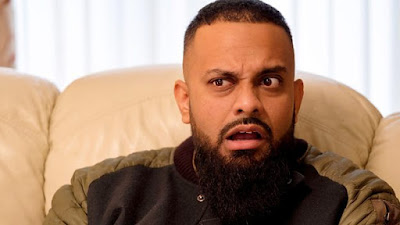 The 4x22’ commission comes following a successful first series, and will be filming in Birmingham later this year.

Man Like Mobeen, written and created by Guz Khan and Andy Milligan, follows Mobeen (Guz Khan), a 29-year-old man from Small Heath, a reported no go zone for anyone who isn’t Muslim and a hotbed for terrorist activity. In reality Mobeen, like most other people in Birmingham, knows no terrorists, and spends his personal time parenting his best friends Eight and Nate and - most importantly - his little sister and love of his family life, Aqsa. He does all of this alone, acting as a very hairy mother, father and brother figure in the hood.

Guz Khan says: “I always knew we could make something that would make working class people laugh and be proud of who we are. It just so happens that Cuthbert from Monmouth and a couple of UKIP supporters liked it as well. Who’d have thought hey?”

Shane Allen, Controller Comedy Commissioning at the BBC, says: “A welcome return for our mischievous Muslim misfits in this subversive sitcom which nimbly walks the line of challenging lazy stereotypes through its sharp writing and a knockout ensemble cast of richly drawn characters.”

Man Like Mobeen is a Tiger Aspect production written and created by Guz Khan and Andy Milligan. The producer is Gill Isles, the director is Ollie Parsons, the executive producers are David Simpson and Myfanwy Moore. It was commissioned for BBC Three by Kate Daughton and Damian Kavanagh, Controller BBC Three.