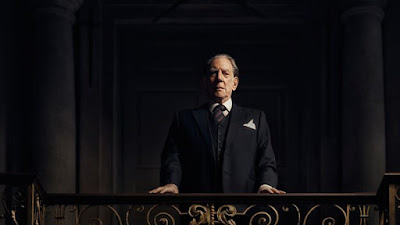 Trust, the star-studded new drama from executive producers Danny Boyle, Simon Beaufoy and Christian Colson, based on the notorious true-life kidnapping of the heir to billionaire John Paul Getty - one of the world’s wealthiest businessmen.

The ten-part series will premiere in the UK exclusively on BBC Two this September, and was acquired by the channel from Twentieth Century Fox Television Distribution.

Trust opens in 1973 with the kidnapping of John Paul Getty III (Dickinson), heir to the Getty fortune, in Rome. His captors bank on a multi-million dollar ransom. After all, what rich family wouldn’t pay for the safe return of a loved one? However, back in England Paul’s wealthy grandfather (Sutherland) an enigmatic oil tycoon, surrounded by a harem of mistresses and a pet lion, refuses to pay up. With Paul’s father (Michael Esper) lost in a drug-induced daze in London, refusing to answer the phone, it is left to Paul’s mother - the penniless Gail Getty (Swank) - to negotiate with both the increasingly desperate kidnappers and her stubborn former father-in-law to save her son.

Trust charts the teenage grandson’s nightmare ordeal at the hands of kidnappers who cannot understand why nobody seems to want their captive back.

Tell us the story of Trust
Simon: It evolves around the kidnapping of John Paul Getty III, which is the big one that everyone knows about. What they don’t know is that there were three generations of Gettys involved in this saga; the kidnapping is a way into the story of the richest people in the world. John Paul Getty was the world’s first billionaire and it’s a story about the lack of love that he had cascading down the generations from one generation of Gettys to the next, and how it all culminated in this terrible event when his grandson was kidnapped.

What was it about this project that appealed to you? How long was the project in development?
Danny: For me, it was the writing that appealed, I didn’t have the same obsession with the characters or the world, but it was the quality of the writing of an event that - because of my age - I vaguely remember. It was an investigation of something we are now much more familiar with, which is a dynastic and beyond-imagination-rich family. It’s almost like a blueprint for the way that money works in many ways in life now. And by money, I don’t mean the money that you and I use in our daily lives. I mean money as an elemental force that’s so powerful that it has its own morality and behavioural code.

Simon: Trust was two years in the writing and making but probably three years from when I first read an article on it and thought it was interesting. Then the more involved I got the more it became an extraordinary dark tale of some very rich and crazy people.

Trust is a ten-part series. Was that appealing to you when creating the show as it gave such an opportunity to tell the story so in-depth?
Simon: It’s a great luxury of television. In film you’re on a narrative motorway; you have two hours and then you are out of the door. In this, you’ve got hours to stop the story dead and go sideways. We spend an episode looking at the kidnappers and how they thought and felt about what they have done, working out what the hell they are going to do with this kid if no-one wants him. You can take these alleys and byways and explore at leisure, which is a huge luxury that television gives you.

Were you involved in the casting? If so, how was the casting process, given the number of amazing actors in this?
Danny: It’s a mixture of stars such as Donald Sutherland, Hilary Swank and Brendan Fraser. We sent the scripts to them hoping that the idea of the project was good enough to attract them, and fortunately enough it was. It’s a gallery of characters because that’s another thing about the ten-hour series - you can develop characters across what truly is a Dickensian gallery of people. In this case it was finding Americans and British, as John Paul Getty was someone who never went back to America, he lived in Britain and the only time he left was to go to Europe.

Danny: You are also finding Italian actors too. We got word that Donald Sutherland was interested in the scripts so off we went to seduce him to take the part, but actually he seduced us and we had a wonderful time with him.

There were 70-odd parts that needed to be cast and then more casting later as other parts were developed. This is this new world of television, which is a glorious canvas of actors. The most important piece of casting beyond these great tent poles of actors such as Donald and Hilary was the young man, played by Harris Dickinson. It was a serious challenge because if you look at pictures of him from the time, he’s actually 16 years old, but he looked like a young rock star of 20, like a Jim Morrison or a Robert Plant. To find someone who had that facility and the physical attributes but retained a sense of youth for the sympathy because of all he goes through. We actually cast him first and he’s a real prospect - a great British actor who quite literally vanished into the part!

Simon, how was the writing process for this?
Simon: Lots of research and a trip to Rome, which is always nice! It’s that luxury of being able to write around characters and events that you wouldn’t really make up. You wouldn’t dare make up a story about a man living in Sutton Place with a harem of women with a payphone and a pet lion! These are things that you’d be really castigated for making up as a writer. But there it all was. His son was stuck in this strange house by the side of the Thames for five years with his curtains drawn, not coming out apart from to find his next hit of heroin. They are all multi-millionaires on paper but they are all scrabbling to find cash, or kidnapping themselves for cash. Ten hours to explore all of that is a massive luxury.

Danny, you directed the first three episodes - how was that?
Danny: What was lovely about doing three episodes - and this is very much in the writing - is that every one of them has a different flavour, so it’s like doing three 60-minute films. They all have their own identity but have connective tissue, which is crucial, and all have ingredients which reset each time you begin them. We tried to film them in order so we could build as much of an atmosphere as possible. It’s helped by having Brendan Fraser arrive in an extraordinary performance at the beginning of the episode two and then another actor, Luca Marinelli, arrives at the beginning of episode three, and again he’s an amazing presence driving the film and setting up for future episodes.

Can you tell us about the filming locations that you used both here in the UK and abroad?
Danny: We filmed last summer in Rome which was ridiculously hot, probably around 40 degrees. However you just have to work with the heat and the local crew know how to make sure you are okay as they are used to it. It’s a great privilege to work with an Italian crew as they have a different rhythm.

Simon: Other filming locations included Hatfield House, with the gold ceiling and also Audley End. We filmed the oil ring in Aberdeen and other scenes were done in London too.
Posted by JD at 16:07

Email ThisBlogThis!Share to TwitterShare to FacebookShare to Pinterest
Labels: Trust