Interview with Jenna Coleman - Star of The Cry - A new four-part thrilling, psychological BBC One drama written by Jacquelin Perske 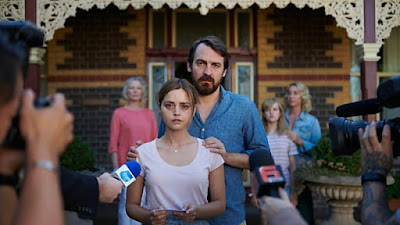 Joanna (Jenna Coleman) and Alistair (Ewen Leslie) are a young couple forced to face unthinkable circumstances under the white light of public scrutiny, changing their lives and their relationship forever.

How did you first get involved with The Cry?

It’s quite ironic because I was actually on a plane when I was first sent the script [which is where we find Joanna on Episode One, on a plane journey from Glasgow to Melbourne]. I was sent the first episode and it really reeled me in - it kept me guessing and kept me on my toes. I thought it was really captivating and clever. I was on a long haul flight on the way back from LA. It was as I was landing and the tension of the episode was building and building - it’s a good way to read a script!

What can you tell us about your character?

I play a character called Joanna, who, as we meet her, is a new mum and has a baby of about three months. We find her struggling with the change. Struggling, I suppose, with new motherhood. She feels exhausted. She feels like she’s lost her identity and she’s struggling to connect with Noah. That’s where we begin. Then they get on a plane to Australia and Joanna goes through some extreme changes in her life. We explore her psychological breakdown through these unique set of circumstances, which gets teased throughout the series.

What did you enjoy about playing Joanna and what did you find challenging?

The psychological thriller aspect of how much you give to the audience has been really challenging - probably more than any other role before. You are constantly living within a double-bluff. You’re playing the truth of the scene but also thinking about how much you want to give to the audience each moment to keep the mystery and to keep drawing on the strings. You’re living constantly within a vortex, that’s what we kept calling it on set. It’s a double bubble.

What were the differences between filming in Melbourne and Scotland?

Melbourne was a lot more laid back. The sun is shining… But in Glasgow when you arrive, it’s the humour… I feel very at home in Glasgow. I don’t know if it’s because my grandad’s Scottish and there’s something quite homely there for me. The big differences are the weather and landscape! Our director was praying for the grey drizzle, the dreich Scottish weather!

What do you think audiences will take away from this series?

I hope the audiences take away what I took from it when I first read it. It’s a show that keeps turning on its head. It keeps the mystery taut. I kept talking about a tightrope; you’ve got to keep the tightrope taut. It keeps you guessing a lot. I hope they enjoy the turns of the story.

How was working with Ewen Leslie? How did you build that relationship on screen?

What’s been really remarkable about filming - given the emotional marathon for everyone involved - is how light it has been in between scenes. It’s been absolutely necessary.  We just had a real laugh. Ewen has been extremely clever at switching - in some ways, Alistair is charming and generous, you could see him as the ideal partner in many ways, but yet you could also see Alistair as controlling, manipulative. It takes a skilled performance to have all those aspects of that character and be delivering that very delicately.

Are you going to miss playing Joanna?

I’m going to miss the babies! We’ve had five weeks filming with the gorgeous Noah and Oliver twins (playing Noah). It’s been lovely. But it’s been emotional.

What is your secret to working with the babies?

We’ve been unbelievably lucky. The babies were like these magic, genius actor babies who seemed to know what the word ‘action’ means and what the scene required! They’ve made my job very easy. Genius babies. 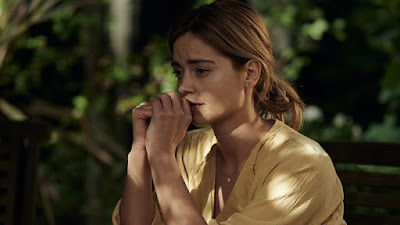 Email ThisBlogThis!Share to TwitterShare to FacebookShare to Pinterest
Labels: The Cry