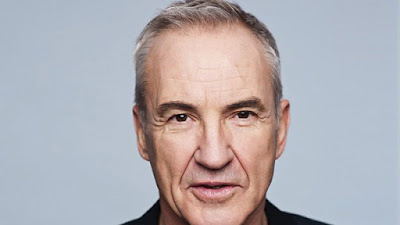 Gavin and Stacey stars, Larry Lamb (Michael Shipman) and Melanie Walters (Gwen West) are set for a television reunion in a new Wales-based drama which will hit television screens in spring 2019.
They are set to take centre stage in Pitching In, a new family drama for BBC One Wales and BBC One Daytime.

Set around a caravan park on the north Wales coast, Pitching In tells the story of three generations of the same family, all struggling to make the best of a very unusual - and sometimes very difficult - situation.

Pitching In will be made by the highly acclaimed LA Productions (Broken, Moving On). It will also feature an all-star cast including Hayley Mills, Caroline Sheen and Ifan Huw Dafydd.

Larry Lamb says: “Eleven years after Gavin and Stacey burst onto the scene I’m heading out west again, switching Barry Island for Anglesey this time! I’m delighted to be playing the role of Frank in Pitching In - it’s a touching, funny and romantic story and a fascinating glimpse of life on the north Wales coast.”

BBC Cymru Wales' Head of Commissioning, Nick Andrews says: “We all need more ‘feel good’ in our lives and this warm family drama promises to be just that. Pitching In is a comedy drama about family, friendship and community, which will showcase the beauty of north Wales.”

BBC Controller of Programming and Daytime, Dan McGolpin says: “Hot on the heels of their RTS award for Moving On, this is a new drama from LA Productions and also a new collaboration with BBC Wales. It’s a welcome addition to the BBC Daytime drama slate and our audience are going to enjoy getting to know these naturally funny characters and their life struggles in the beautiful countryside of north Wales.”

Colin McKeown from LA Productions says: “Pitching In provides an audience with a lovely feeling of wellbeing and hopefully provides a warm smile.”
Posted by JD at 08:47

Email ThisBlogThis!Share to TwitterShare to FacebookShare to Pinterest
Labels: Pitching In