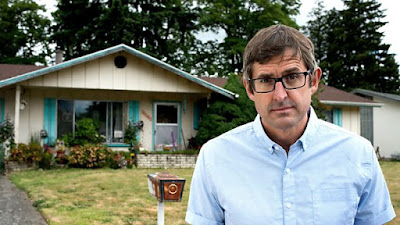 Louis Theroux will return to BBC Two later this year with a new series exploring the unusual ways modern America deals with birth, love and death. Changing social attitudes and radical new laws have transformed how Americans can experience some of life’s most intimate moments - how we raise children, how we love and even how we die.

Twenty years since Louis first hit our screens with his pioneering series Louis Theroux’s Weird Weekends, the award-winning documentary-maker is back with three gripping new films.

Louis Theroux says: “I have always been interested in how people conduct the most intimate aspects of their lives. For this series we looked at the new ways Americans are approaching some of humanity’s oldest dilemmas: pregnant mums who feel unequipped to keep their babies and so pick new parents for them; the world of polyamory aka 'ethical non-monogamy'; and people with debilitating conditions who opt to hasten their own deaths.

"All of these stories have something a touch utopian about them, involving a kind of idealism and forward thinking that brings new opportunities but also new risks. I have been given extraordinary levels of access to courageous people and families across the United States, many of them enduring unbelievable levels of stress and anguish, and it was a privilege to be allowed into their lives in this most personal way.”

Patrick Holland, Channel Controller, BBC Two, says: “Louis is a unique talent on BBC Two and it is always a very special moment when a new series lands. Altered States is a hugely challenging, disturbing and illuminating trilogy, taking us into some extremes of experience, all guided by Louis’ exceptional empathy and humanity."

Clare Sillery, Head of Commissioning, Documentaries, says: “Louis’ documentaries are some of the most fascinating, contemplative and honest on television. It is always a pleasure to have him on our screens tackling the subjects that many documentary makers would shy away from.”

Louis Theroux’s Altered States was commissioned by Patrick Holland, Controller, BBC Two and Clare Sillery, Head of Commissioning, Documentaries. The films are made by The Documentary Unit, BBC Studios. The Executive Producer is Peter Dale and the Series Producer is Arron Fellows.
Posted by JD at 14:40