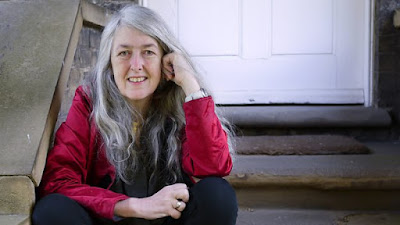 Beginning on Friday 14 September at 11.05pm on BBC Two the new series will run for seven programmes and now feature a studio audience.

In the first programme Mary Beard and her panel of studio guests - actor and director Richard Wilson, veteran broadcaster Joan Bakewell and cultural critic, activist and Crossbench peer Baroness Lola Young - will discuss whether older people are fairly represented on stage and on screen, and consider whether new poetry by Clive James might help promote a wider conversation about illness and mortality. The programme will also feature a rare television interview with Clive, who talks to Mary about his life, work and legacy.

Other episodes of Front Row Late will explore the impact of architecture on our lives and the role of drama and photography in helping us understand our history, whilst also offering discussion around weekly topical arts and culture.

Mary Beard, presenter Front Row Late, says: “I am very pleased to have been let loose on Front Row Late again. We've got some special treats coming up in this new series - from an interview with Clive James in episode one to later in the run a visit to a battle re-enactment (which prompts all kinds of questions about how we imagine history). This programme really gets out and about throughout the UK to bring viewers the best in topical arts and culture, from Dundee to Margate and Birmingham, to all points around and in-between!”

Jonty Claypole, the BBC’s Director of Arts, says: “I am delighted to welcome Mary Beard back to Front Row Late. Her fearless intellect, critical eye, warm wit and great sense of humour are the perfect ingredients for lively and frank debate about arts and culture today.”

Front Row Late was commissioned by Patrick Holland, Controller, BBC Two and Jonty Claypole, Director of Arts. It is produced by BBC Studios and is Executive Produced by Tanya Hudson. Alice Feinstein is the Editor of Front Row on all platforms. 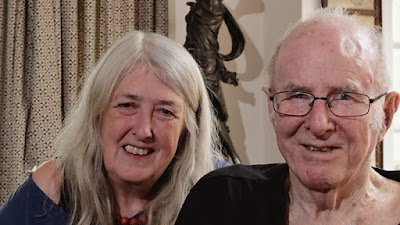