Sue Johnston joins the cast as Hold The Sunset returns 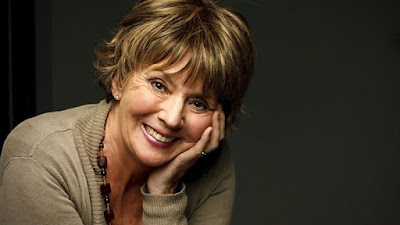 Shooting has started on the second series of the BBC One comedy Hold The Sunset, written by Oscar-nominated writer Charles McKeown. The show, made by BBC Studios, was the most successful comedy launch on BBC One since 2014, with over six million viewers turning in.

The end of the first series saw Edith (Alison Steadman) and Phil (John Cleese) still planning to move abroad, but with Edith’s 50 year-old son Roger (Jason Watkins) showing no signs of leaving home or reuniting with his estranged wife Wendy (Rosie Cavaliero), is their dream of a sunset happy ever after slipping ever further away?

Alison Steadman says: “I am delighted to be back working on Hold The Sunset, I had a great time working on the first series and I can’t wait to see what’s in store for Edith and Phil.”

Sue Johnston says: “I'm thrilled to be working with such a great cast of actors. Some are new friends and some are old friends - it is a joy to be joining them all.”

John Cleese says: “I really enjoyed making the first series. It was great to be able to do so much sitting-down acting. I look forward to seeing our lovely cast again.”

Shane Allen, Controller Comedy Commissioning at the BBC says: “We’d like to see the sun to rise on another series of this hugely popular family sitcom which shimmers with legends of British comedy.”

Chris Sussman, Head of Comedy, BBC Studios, says: “It's been a dream working with such a cast of comedy legends, and I'm thrilled that we're getting the chance to bring them back together again.”

Hold The Sunset is a BBC Studios production. It is written by Charles McKeown, Oscar-nominated co-author of Terry Gilliam’s Brazil and subsequent films. The Executive Producer is BBC Studios Head of Comedy Chris Sussman, the Producers are Moira Williams, Humphrey Barclay and John Cleese, and the Director is Sandy Johnson. 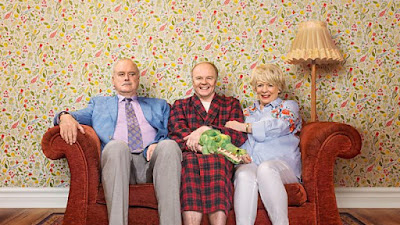 Email ThisBlogThis!Share to TwitterShare to FacebookShare to Pinterest
Labels: Hold The Sunset