The Bisexual: Interview with Brian Gleeson who plays Gabe 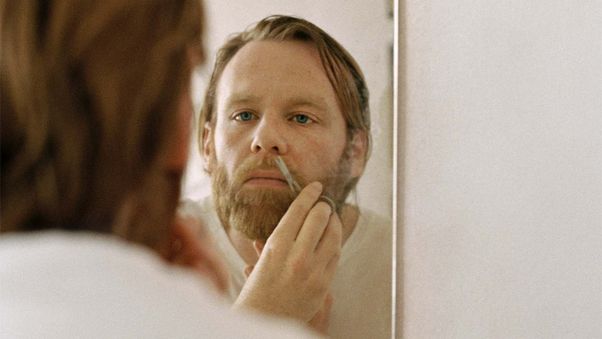 Explain a little bit about The Bisexual – what’s the story about?

It’s about Leila (played by co-writer and director Desiree Akhavan), a woman from New York who ends up in London. The show starts with her breaking up with her girlfriend and business partner after a long-term relationship. As a result, she moves out of their house and moves in with a guy called Gabe, who I play. The two of them get to know each other, and we follow her journey as she navigates the dating scene in London. That’s the basis of the show.


Tell us about Gabe – how do you see him?

Gabe is a novelist who, when we meet him in the story, hasn’t had anything published for about 10 years. He kind of became quite successful in his 20s, and it’s been a few years since that. He’s teaching in a college, and getting by, but he’s on the wane a little bit. He’s quite neurotic. What’s great about the show is that your understanding of him deepens as episodes go on and you kind of get to learn more about his background and why he’s in London, and his relationship with his sister (played by Eva Birtwhistle). You get an understanding of a different kind of trauma that he’s experienced in the past.


Is it fair to say he thinks Leila is quite exotic because she’s bisexual?

Yeah, yeah! Gabe is very intelligent, but he wouldn’t be exactly up-to-date or ‘woke’ in the sense that most people are these days. He puts his foot in it a lot! But he learns a lot from Leila about her life, and her thoughts about identity and being bisexual. And what’s great about the show is also that she learns a lot, about him as well.


Do you think he and Leila are just friends because of circumstance, or do you think they would actually like each other anyway?

They definitely don’t seem compatible. Leila moved out of the flat with her girlfriend and had to find somewhere quickly. I’m sure if she’d had more time to think about it, she’d have chosen someone different to live with. But that’s kind of the point of the idea of their friendship – the idea that you learn more from being around different types of people.

Yeah, I’m very fond of him. I think he was written with such care and love, and there’s nothing but empathy for him in the writing. He was a joy to play.


Why do you think he was written as an author on the wane?

I don’t know. I wouldn’t want to get into big themes too much, I think that’s for Desiree (co-writer-/director/star) [Akhavan] to answer. But for me it was a great dissection of modern masculinity, I suppose. Just in terms of a certain type of man who’s in the world now, who’s trying to adjust and trying to change. What’s great about it is that we don’t let him off the hook – he puts his foot in it a lot and is admonished, but what’s different about him is that he tries to learn.


Was he written as Irish, or did he just become that because you came along?

As far as I know, he wasn’t written as Irish.


Does the fact that he is Irish nevertheless add an element of him and Leila both being outsiders?

Maybe. There’s a lot of Irish in London, and have been for years – they’re very much a part of the city. But when you get to know Gabe’s background – that he left Ireland with his sister for a particular reason – I think him being Irish adds pathos to that.


He’s in something of a dysfunctional relationship, isn’t he?

Yeah. He’s dating a girl called Francisca, who’s one of the students in the college where he teaches. She’s quite formidable, she’s wise beyond her years, and is definitely a handful for him. You get the sense that maybe they’re not entirely compatible, and maybe they’re not together for the right reasons. It’s definitely an unorthodox set-up they have.


You’ve done some big Hollywood films of late – what drew you to a comedy on Channel 4?

Channel 4 always do really great stuff, they do great comedies. And when I met Desi I’d read two episodes and thought they were great. I found them funny and acerbic, but also full of humanity and love for fellow man. And then I went to the read-through two-weeks before, and the rest of the episodes had been written, and it got better and better. And Gabe was such a good character, so well written.


What are the main differences between working on something like Mother or Phantom Thread and working on The Bisexual? Does it feel like a different profession, or just the same stuff in a slightly smaller trailer?


Desiree is combining writing, directing and starring in the series. What was it like to watch her work?

She had so much to do all the time, and never lost her cool once, which I thought was quite amazing. She’s writing it, acting it, directing it and she kept her sh*t. And more than that, she gave great notes, and was always there for the actors. I’ve got nothing but good things to say about her. There were two producers, Naomi de Pear and Katie Carpenter, who were great on set – they helped guide it as well. I’m sure Desiree would say it takes a lot of people to get the job done, and we had a really good team.