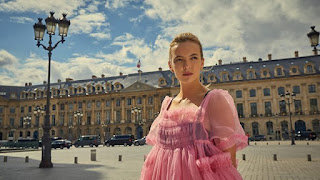 BBC has acquired the second series of the critically acclaimed female-led spy thriller Killing Eve. Series one made its debut on BBC One and as a boxset on BBC Three on BBC iPlayer last month and has become a massive hit with audiences - there have been over 26 million requests for the series so far.

The eight-part action thriller has also been hugely popular in attracting younger viewers, with over a third of those watching aged under 35.

Emmy-nominated and Bafta-winner Phoebe Waller-Bridge adapted the first series of Killing Eve and will return for the new series in an executive producer role with writer-actor Emerald Fennell (Monsters, The Drifters) taking over as lead writer. Based on the Codename Villanelle novellas by Luke Jennings, Killing Eve is a Sid Gentle Films Ltd production for BBC America and was financed by and acquired from Endeavor Content.

Sandra Oh (Grey's Anatomy) and Jodie Comer (Doctor Foster) resume their cat-and-mouse game in the next series along with Fiona Shaw (Harry Potter) - and joining them are Nina Sosanya (Good Omens), Edward Bluemel (A Discovery Of Witches) and guest star Julian Barrett (Mindhorn).

The first series of Killing Eve was shot across Europe, with the second series currently shooting in locations including Amsterdam, London and Paris.

Charlotte Moore, Director of BBC Content, says: "A truly genre-busting series that's had viewers hooked and craving more, thanks to the distinctive voice of Phoebe Waller Bridge brought to life by an incredible cast. We're really excited to have it back on the BBC next year."

Damian Kavanagh, Controller of BBC Three, says: "The first series of Killing Eve has been a huge success for us on BBC Three. The writing is exceptional, the performances first-class and our young audiences have loved and binged right through it - we can't wait to see what series two has in store."

Sue Deeks, BBC Head of Programme Acquisition, says: "We are thrilled that Killing Eve will be returning for series two. The series has beguiled our viewers with its distinctive take on the spy drama and we cannot wait to see what Killing Eve's brilliant team has in store for us next!"

Sally Woodward Gentle, CEO of Sid Gentle Films Ltd, adds: "We are thrilled by the audience reaction to series one and are so excited to be back on this adventure with Eve and Villanelle, alongside such an extraordinarily talented cast and creative team. With Emerald Fennell leading the writing team, series two is set to be just as wickedly addictive and naughty as the first."